Will offshore aquaculture bring evolution or revolution to the seafood industry?

Offshore aquaculture will likely disrupt the seafood industry and ultimately become one of its key technologies, according to a Rabobank report.

Some farmers are seeking growth offshore and it will likely disrupt the seafood industry and ultimately become one of its key technologies, according to a new Rabobank report.

Offshore aquaculture has existed for decades, but it hasn’t scaled due to the lack of capital, a large established market, and legislative support. To move to farm offshore, an industry must secure support from local and federal jurisdictions, departments governing tourism, fishing, offshore energy, the coast guard (just to name a few), and the environmental impact analysis. This reality gives smaller countries and countries with close governmental support a distinct advantage, as large and diverse democratic nations often have numerous and differing political interests, the report stated.

Thanks to recent legislative changes, the highly advanced and well-capitalized salmon industry is propelling innovation and scale in offshore aquaculture, particularly in Norway, which produces nearly 50% of global Atlantic salmon. In a parallel development, China is poised to become a concurrent nexus of offshore aquaculture, due to coastal space constraints, rapid industry growth, and a governmental drive for self-sufficiency. Despite the legislative support they’ve received, both industries face additional hurdles and risks offshore or at home, the report said.

To realize offshore aquaculture’s potential, industries must overcome high levels of capital expenditure (CAPEX) and operational risk. Of course, CAPEX varies, but offshore farm designs are often substantial, experimental, and oversized due to the operational risks inherent to the harsh environments of open waters – for example, Norway must contend with the North Atlantic’s high wave energy. While the Yellow Sea and the East China Sea are comparatively milder, China still faces the operational risks posed by a highly fragmented, less developed industry characterized by small-scale farms and immature technology and corporate structure, according to the report.

Despite the risks and costs of operating in open waters, several factors give and advantage to offshore farming. The strong currents and stable temperatures of the open sea naturally benefit fish welfare, and offshore environments have few (or no) parasites, reducing or even eliminating the need for pesticides and medications. Moreover, a large body of water can disperse any nutrients the farm releases, making an offshore farm’s environmental footprint comparatively low. In fact, early results from projects across multiple regions indicate that offshore production performs well in terms of its impact on ocean water and wild fish populations.

If implemented well, offshore aquaculture could improve aquaculture’s biosecurity, sustainability, and animal welfare while reducing the environmental impact and supplying healthy marine proteins for the world’s growing population, according to the report. As legislation can impede or inhibit growth and is often slow to change, offshore farming may also eventually develop in international waters, though clear global standards will need to be enacted to safeguard sustainable growth. Looking ahead, offshore aquaculture will likely disrupt the seafood industry and ultimately become one of its key technologies, the report concluded. 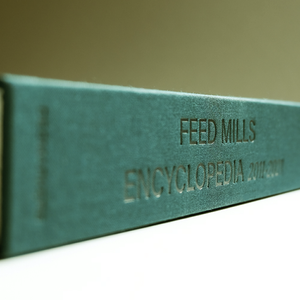