At Patagonic RAS, delegates' discussions focused on the production of Atlantic salmon post-smolts in closed systems in Chile.

Patagonic RAS was consolidated as the most important international meeting on recirculating aquaculture systems (RAS) in the southern hemisphere. Over 260 people gathered at Teatro del Lago, in Frutillar, to listen to the 14 speakers participating in the fourth version of this event. At the same time, a similar number of attendees did so via streaming from different parts of the world.

The presentations and panels focused on the production of Atlantic salmon post-smolts in closed systems in Chile. Nelson León, assistant manager for freshwater of Salmones Austral, shared the farming experience of Los Arrayanes fish farm. With a current capacity to produce 2,100 tons, the first fish are being farmed in salt water using the company's RAS strategy. After reducing the challenges associated with maturation in RAS for freshwater, León explained that “the strategy of applying RAS after smoltification allows producing fish that are better adapted to the sea and show better performance during on-growing.” León emphasized that “farming projects in closed systems for post-smolts are the approach that the industry should adopt since shortening the cycle in the sea reduces several risks and makes our industry more sustainable.”

In more global terms, Valentina Tapia and Sigve Nordrum, of Aker Biomarine, showed how sustainability is changing consumption and purchasing behavior, according to a recent study conducted in the United States. They reported that 57% of those surveyed said that they are changing their diet towards a more sustainable one and 59.3% would pay more for sustainable products. Also, 63% of respondents would like to have more information about the meaning of the different "eco-labels".

Water velocity is not the same when growing post-smolt fish in RAS, and this has implications for their muscle texture, robustness and performance. This was demonstrated by Gerrit Timmerhaus of Nofima. The researcher showed results with speeds lower and higher than 1 BL/s, with differences in muscle tissue, skin, growth and robustness. In addition, he stressed the importance of not sacrificing animal welfare for weight or growth.

On the other hand, Ximena Navarro, from Bioled, explained details of studies on light, temperature and photoperiod, and how they managed to reduce early maturity in Atlantic salmon; as well as the latest technologies developed to make the photoperiod more efficient in conditions of higher density or depth in the ponds.

Sharada Navada, from Pure Salmon Kaldnes, explained the importance of considering the bioreactor and the associated microbiota that, as well as the fish, is affected by alterations in the environment, be it temperature or salinity.

As for nutrition, Joana Silva, from BioMar Group, emphasized the benefits of the adequate incorporation of zinc – above 180 ppm – in fish feed when farming in RAS. Studies and field tests carried out at ATC Patagonia showed an improvement in FCR, higher protein retention and a better healing process in the event of wounds after strengthening the skin.

Also, Eduardo Yamashita, from DSM, referred to the OVN™ strategy promoted by his company, after understanding and observing that an adjustment in the protein sources in the feed formula (marine to vegetable) implies an alteration in the delivery of vitamins. He emphasized the importance of a constant review and evaluation of the requirements and delivery of vitamins through aquafeeds.

“We believe that after the three RAS meetings we have already performed, including one in the pandemic, with this fourth version our Patagonic RAS has been consolidated. We are very pleased to promote conversation and update initiatives on the advances for the aquaculture industry in Chile and the world and we are already starting to work on the agenda for 2024,” said Michael Adler, BioMar's commercial manager. 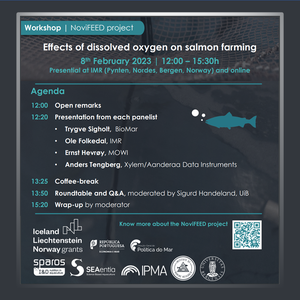 Workshop to discuss the effects of oxygen on salmon farming 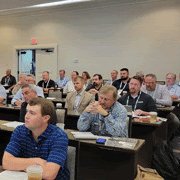