Scotland has won the bid to host the 23rd edition of the Global Seafood Alliance signature event, GOAL: The Responsible Seafood Conference, in the autumn of 2024. GSA CEO, Brian Perkins, Seafood Scotland CEO, Donna Fordyce and Mairi Gougeon, Scotland’s Cabinet Secretary for Rural Affairs and Islands, which overseas aquaculture and wild-capture fisheries, signed a memorandum of understanding solidifying Scotland as the host of GOAL 2024.

This is the first time GOAL will be held in the United Kingdom. Since 2001, GOAL has been held in Europe three times, in Madrid in 2008, Paris in 2013 and Dublin in 2017. The host city in Scotland will be announced at a later date.

“We look forward to returning our signature GOAL conference to Europe for the first time since 2017,” said Perkins. “Scotland has a rich tradition in both aquaculture and wild-capture fisheries, and we see it as an ideal fit for GOAL 2024 given our organization’s growing involvement in wild-capture fisheries and rebrand from the Global Aquaculture Alliance to the Global Seafood Alliance in 2021. Thanks to Scotland’s thriving seafood sector and the Scottish government for embracing us and agreeing to host GOAL 2024.”

Seafood Scotland, the national trade and marketing body for Scotland’s seafood sector, will co-host GOAL 2024. The organization, which led the bid, will work with the Scottish government and other seafood industry bodies to deliver the event along with GSA.

GOAL is the largest international seafood business conference of its kind, drawing upward of 500 thought leaders to a new country each year. For 21 years GOAL has acted as a platform for knowledge sharing and collaboration amongst industry, NGOs, academia, government, retail and foodservice. It’s a unique blend of professionals representing both farmed and wild seafood, united by an ever-evolving, forward-thinking conference program that identifies emerging challenges and offers solutions to those challenges. Moderated by GSA’s subject matter experts, GOAL’s carefully curated program features around 60 international speakers and centers on production, sustainability, innovation and market trends. 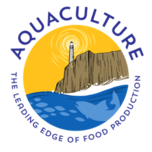 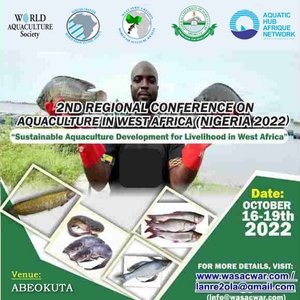 Abstract submission opens for Regional Conference on Aquaculture in Nigeria