The agreement is a step toward putting the global economy on a 1.5°C trajectory through forest-positive action.

Fourteen agri-commodity companies signed the Agri-Commodity Sector Roadmap at COP27, an agreement to remove deforestation from supply chains by 2025 while protecting global food systems and producer livelihoods. Building on a commitment set out by the CEOs of these fourteen companies in COP26, all of which manage large global trade volumes and supply chain, the agreement is a step toward putting the global economy on a 1.5°C trajectory through forest positive action.

The Agriculture Sector Roadmap to 1.5°C represents a sector-wide plan for addressing forest loss in supply chains and accelerating collaboration with others to achieve that goal. The roadmap sets out sectoral plans for cattle, soy and palm oil – the production of which is a leading driver of forest loss – to ensure that actions concentrate on areas where they will have the most impact. It also outlines how signatories will engage and collaborate with other stakeholders, namely governments, supply chain actors and financial institutions for wider support of the roadmap’s commitments. This includes strengthening policies and regulations and incentivizing farmers and ranchers to protect natural resources.

The roadmap also includes increased attention to implementation mechanisms, such as traceability and monitoring systems, as well as new investment in production landscapes. It builds on recent successes in the palm sector and contains a key commitment in the cattle sector to eliminate all deforestation in the Amazon by 2025.

Some organizations have criticized the plan, saying that it represents progress for some commodities and a step back for others and ultimately falls short of the 1.5°C pathway that was promised.

“For soy, the roadmap includes deforestation but not habitat conversion. In so doing, it cherry-picks which lands it will cover, leaving out significant parts of the most important landscapes, including 74% of the Cerrado in Brazil where 250 million tons of greenhouse gases are emitted on a yearly basis. Finally, the absence of a meaningful cutoff date will surely spark a race-to-the-bottom since producers will be paid to accelerate habitat destruction in advance of a commitment date three years away,” said Carter Roberts, president and CEO of World Wildlife Fund-US. “These companies hold the key to agricultural production practices and Scope III emissions for food manufacturers and retailers around the world. They’ve made progress in some parts of their business but we know they can do more in others, and if agricultural commodity traders don’t do more, particularly with soy in places like the Cerrado, then neither can thousands of companies around the world that buy from them.” 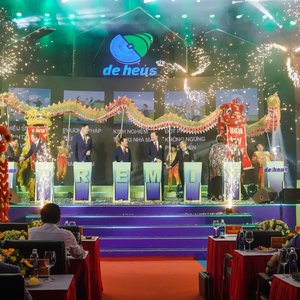 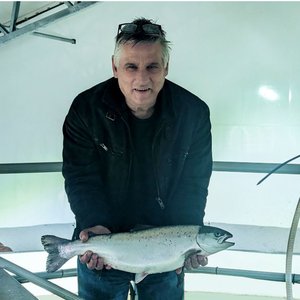 Synergistic approach to produce both fish and SCPs from solar energy