Alltech has opened its European Aquaculture Research Centre in , , in conjunction with .   The Research Centre was officially opened by the Mayor of Radnevo,  Noncho  Vodenicharov, October 14, 2005. Alltech has worked with for several years as part of their “Marketing through Education” program.

As part of the initial investment, Alltech have overseen the construction of 12  net cages on a well at the renowned Nomicom fish farm. The Research Centre will enable both Alltech and to carry out the most advanced research on aquaculture specific to , in particular carp, common carp, rainbow  trout  and  sturgeon.  A  series  of trials will be conducted  with  Alltech’s  natural solutions for aquaculture and they will last  an  average  of  70  days. The results from these trials will then be evaluated by .

Dr.  Staykov, , explained how beneficial this partnership would be for the future of the aquaculture industry. He commented “Alltech has been investing time and resources to provide natural solutions to the aquaculture industry for many years.  This collaboration aims to move the  industry  forward  not  only  in  Bulgaria,  but  the  results will be beneficial  to  all  aquaculture  producers  worldwide”.  Timm Neelsen, European  Aquaculture  Director,  Alltech further added “We are proud to be present  in  Bulgaria  and  we  strongly believe that this partnership will result  in  great  opportunities for Alltech, Trakia University and for the industry”.

Alltech has announced plans to open its first International Aquaculture Centrer in 2006, at its headquarters in , .

2005 marks Alltech's  25th  year  in  the food and feed business.  In the span of those  25  years  the  company's  presence  has  grown into a multinational company  with  offices  and  distributors  in 85 countries, more than 1,700 employees around the world and 14 international production facilities. 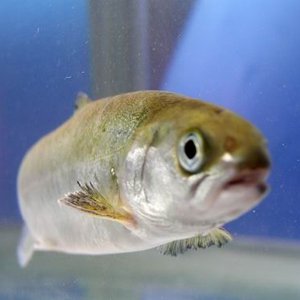