Alternative fishmeal and fish oil ingredient being tested in salmon

Menon Renewable Products has developed a fishmeal and fish oil replacement for salmon diets and it is now being tested by feed companies.

Menon Renewable Products has developed a fishmeal and fish oil replacement for salmon diets, similar to the shrimp product of MrFeed® line that is already on the market.

The company said to local news that the product also targets enhancing the fish skin-mucus immune function, that is particularly useful to fight against sea lice. The new fish ingredient, PRO50FF, was approved by the Canadian Food Investigation Agency as an ingredient for salmon and it is being tested by Skretting in Norway, Cargill in Chile and Cooke in Canada.

MrFeed® is a high-quality hydrolysate ingredient series made from renewable cellulosic sugars using CelTherm® technology and has been developed specifically for aquaculture. The company has now production facilities in Canada, USA and India and is planning new production sites in Europe and Latin America. 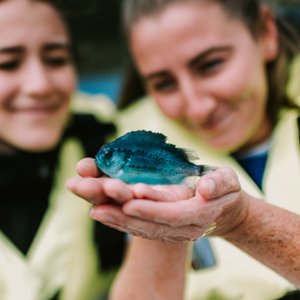 BioMar eliminates cataracts in lumpfish with a new feed diet