"At approximately 5:30 this evening, we were notified that an inconclusive BSE test result was received on a rapid screening test used as part of our enhanced BSE surveillance program.

"The inconclusive result does not mean we have found another case of BSE in this country. Inconclusive results are a normal component of most screening tests, which are designed to be extremely sensitive so they will detect any sample that could possibly be positive.

"This animal did not enter the human food chain nor the feed chain.

"I know that there will be great interest in the specifics surrounding this inconclusive test result, such as what type of animal was tested, where the animal was from, and which lab did the testing.  Because this test is only an inconclusive test result, and because of the chance the confirmatory results will be negative, we are not going to disclose that information at this time.

"APHIS has begun internal steps to identify the animal to be prepared if further testing were to return a positive result.

"Confirmatory results are expected back from NVSL within the next 4 to 7 days, and we will announce the test results then.  And, if the test comes back positive for BSE, we will of course provide additional information about the animal and its origin.

"In the meantime, there are two particular points I would like to make:

"First:  no matter how the confirmatory testing comes back, USDA remains confident in the safety of the U.S. beef supply. Again, this animal did not enter the human food chain or feed chain. Our ban on specified risk materials from the human food chain, provides the protection to public health, should another case of BSE ever be detected in the United States.   By banning SRM -- or skull, brain, trigeminal ganglia, eyes, portions of the vertebral column, spinal cord and dorsal root ganglia from cattle aged 30 months or older, and tonsils and the small intestine of cattle of all ages -- USDA ensures all SRMs, or those materials most likely to contain the BSE agent, are removed from a suspect animal.

"Second, this is not at all unexpected.  Screening tests are often used in both human and animal health. They are designed to cast a very wide net in order to catch any possible patient that may have the condition, many of which will end up negative during further testing -- glucose testing for diabetes is a good example. This is the type of screening test we are using for BSE surveillance testing.

"And some subset of these animals may even turn out to be positive for BSE.  While none of us wants to see that happen, that is not unexpected either.  Our surveillance program is designed to test as many animals as we can in the populations that are considered to be at high risk for BSE.   If we test 268,000 animals in the next 12 to 18 months, which we are fairly well on track to do -- we will be able to find the disease if it occurs in as few as 1 in 10 million adult cattle with a 99 percent confidence level.  In other words, our program could detect BSE even if there were only five positive animals in the target population in the entire country.

"Additional measures to strengthen public health safeguards include the longstanding ban on imports of live cattle, other ruminants, and most ruminant products from high -- risk countries; FDA's 1997 prohibition on the use of most mammalian protein in cattle feed; an aggressive surveillance program that has been in place for more than a decade; the banning of non-ambulatory cattle from the human food chain; the process control requirement for establishments using advanced meat recovery (AMR) systems; prohibiting the air-injection stunning of cattle; and, if an animal presented for slaughter is sampled for BSE, holding the carcass until the test results have been confirmed negative.

"In 2001 and again in 2003, Harvard University conducted an independent assessment that affirmed USDA's BSE control and prevention measures.  This assessment further affirmed that even with one or more detections of BSE in this country, U.S. control efforts will minimize any possible spread of the disease and ultimately eliminate if from the U.S. cattle population." 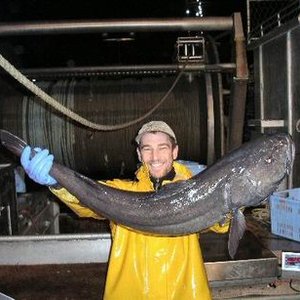 Fishermen file injunction against Canada's Department of Fisheries and a hatchery