Aquaculture to provide more than half of world consumption

In the Asia-Pacific region, small scale fish farming continues to account for the bulk of aquaculture production.

Aquaculture is the world's fastest-growing source of animal protein and currently provides nearly half of all fish consumed globally, according to a report published by FAO.

The report, World Aquaculture 2010, found that global production of fish from aquaculture grew more than 60 percent between 2000 and 2008, from 32.4 million tonnes to 52.5 million tonnes.

It also forecasts that by 2012 more than 50 percent of the world's food fish consumption will come from aquaculture.

"With stagnating global capture fishery production and an increasing population, aquaculture is perceived as having the greatest potential to produce more fish in the future to meet the growing demand for safe and quality aquatic food," the report said.

With its growth in volume and value, aquaculture has clearly helped reduce poverty and improve food security in many parts of the world.

But aquaculture has not grown evenly around the planet. Marked differences in production levels, species composition and farming systems exist within and between regions, and from one country to another.

A few countries lead the production of some major species, such as China with carps; China, Thailand, Viet Nam, Indonesia and India with shrimps and prawns; and Norway and Chile with salmon.

In terms of farming systems, intensive systems are more prevalent in North America and in advanced aquaculture-producing countries in Europe and Latin America. In the Asia-Pacific region, despite major technical developments, small-scale commercial producers remain the backbone of the sector.

While the demand for aquaculture products continues to increase, there is growing recognition of the need to address consumers' concerns for quality and safe products and animal health and welfare, the report said. Thus, issues such as food safety, traceability, certification and ecolabelling are assuming growing importance and considered as high priorities by many governments.

Aside from environmental sustainability, other major challenges faced by aquaculture include climate change and the global economic downturn, the report noted. The sector should therefore prepare itself to face their potential impacts and make special efforts to further assist small-scale producers by organizing them into associations and through promotion of better management practices.

"Achieving the global aquaculture sector's long-term goal of economic, social and environmental sustainability depends primarily on continued commitments by governments to provide and support a good governance framework for the sector," the report added. 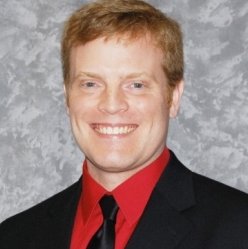