Standards Australia has released the draft Australian Standard for Organic and Biodynamic Products for public comment.  Interested parties are encouraged to review the documents and provide feedback to Standards Australia by September 22, 2008. To obtain a copy of the draft Standard, visit the Standards Australia website at www.standards.org.au and click on Drafts for Public Comment in the left hand menu (Registration is required).

Standards Australia is recognized through a Memorandum of Understanding with the Commonwealth Government as the peak non-government standards development body in Australia.  It coordinates standardization activities, develops internationally aligned Australian Standards of public benefit and national interest and accredits other Standards Development Organizations. Standards Australia is an independent organization and their standards are not legal documents.  However, because of their convenience and the willingness of all parties to adopt them, many of the documents are called up in Federal or State legislation, with the result that they may become mandatory.

There are currently no laws regulating agricultural practices and management of domestically-sold organic products or the use of marketing claims on organic products in Australia. There is a National Organic Standard administered by the Australian Quarantine and Inspection Service, however, this standard is only mandated for products being exported from Australia – it is entirely voluntary for products which are consumed domestically to comply with the standard.

Once finalized, the Australian Standard for Organic and Biodynamic Products will establish one uniform standard to address industry and government needs and consumer uncertainty around marketing and labeling claims on organic products.

Developed by a broadly based committee of key stakeholders, the draft Australian Standard stipulates requirements for the production, preparation, transportation, marketing and labeling of organic and biodynamic products. It places particular emphasis on farming and management practices which promote the use of renewable resources and conservation of soil, water and energy resources.

Mr. Colin Blair, Deputy CEO of Standards Australia said the draft standard establishes minimum requirements to be met by growers and manufacturers for products that can be labeled ‘organic’ or ‘biodynamic’, creating a level playing field for growers, retailers and consumers.

“At the moment, consumers looking to buy organic products have no uniform guarantee of quality and integrity. At the same time, legitimate organic farmers have no protection against the minority of growers misinterpreting or falsely claiming to follow organic agricultural practices,” Mr. Blair said.

“By establishing an agreed set of criteria for the way foods and other items labeled as ‘organic’ or ‘biodynamic’ are grown, produced, distributed and marketed, once published this new Australian Standard will clear up confusion for everyone.

“Growers and certifiers already adhering to the Australian Quarantine and Inspection Service National Standard will not need to make major changes to their practices if they wish to comply with the voluntary Standard as the AQIS Standard forms the basis of the draft Australian Standard,” Mr. Blair said.

The draft Australian Standard for Organic and Biodynamic Products:
• Provides a national, consistent framework for the organic industry from the farm to point of sale;
• Sets out minimum requirements for growing products which can be labeled as ‘organic’, ‘biodynamic’ or ‘in-conversion’;
• Provides clear definitions about what is organic and what is not;
• Protects consumers against unsubstantiated claims and misleading labeling;
• Protects growers against misinterpretation and misleading use of organic agricultural practices and the term ‘organic’;
• Provides a guide for farmers considering conversion to organic farming.

The Committee has also developed supporting reference material outlining the certification procedures for growers of organic and biodynamic products.

Standards Australia is working towards publishing the Australian Standard by December 2008. 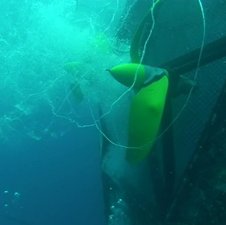