Can hatchery waste be used to feed insects?

Larvae fed on sludge from salmon hatcheries become rich in marine fatty acids such as EPA and DHA, and minerals such as iron, zinc and selenium.

Norwegian researchers from the Institute of Marine Research tested whether black soldier fly larvae can be fed on sludge from land-based fish farms. Four different feeding trials were performed with varying amounts of sludge from salmon hatcheries. They found that up to 60% of the insect feed could be replaced with sludge without affecting the growth of the insect larvae.

“Our experiments show that insect larvae that are produced with sludge from fish farms become rich in marine fatty acids such as EPA and DHA, and minerals such as iron, zinc and selenium,” said Nina Liland, researcher at the Insitute of Marine Research.

Large amounts of sludge are produced in Norwegian fish farms that consist mainly of uneaten feed and feces. Farms collect and dry the sludge, which in turn is burned up as waste or used in biogas plants. “Using sludge in insect production is a better solution if you want to take care of the valuable nutrients in the sludge,” said Liland.

Researchers also examined levels of heavy metals in insect larvae. Mercury and arsenic exceeded the permitted levels for feed ingredients set by the EU but only in the groups with more than 80% sludge in the feed. They also did not find residues in the insect larvae of typical viruses and bacteria that can cause disease in salmon.

But there is still a long way to go before researchers can conclude that sludge can be safely used as feed for insect larvae. “In sludge that is dried at high temperatures, such viruses and bacteria will not be a problem, but we must investigate further whether they can be transmitted from wet sludge. In addition, we must analyze the larvae when they have been turned into finished insect meal,” said Liland. 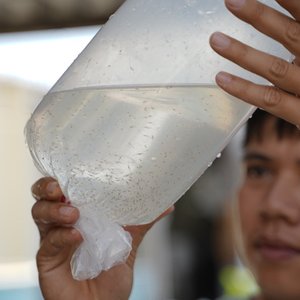 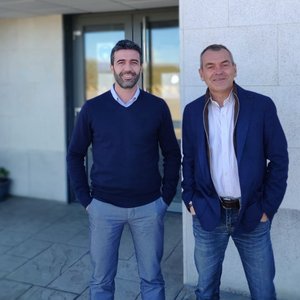