A new barley that benefits the environment as well as farm animals has been developed by Agricultural Research Service (ARS) scientists and their colleagues.

"" hulless barley is rich in the kinds of phosphorus -an essential nutrient -that pigs, fish and other single-stomached, or monogastric, animals can use. That's unlike grain from conventional barleys, which contains more of the phytate type of phosphorus, the kind that monogastric animals find difficult to digest.

Indigestible phosphorus, leached from manure, can sometimes end up polluting groundwater or streams.

builds upon decades of research by plant geneticists Victor Raboy, Phil Bregitzer and others at the ARS Small Grains and Potato Germplasm Research Unit at .

Raboy uses conventional plant-breeding procedures to chemically tweak seeds' phosphorus makeup. The work has paved the way for low-phytate barleys, such as and a hulled type called "Herald," as well as low-phytate rice, corn and soybeans.

yields are about the same as those of other niche-market barleys, according to Bregitzer. One such market--aquaculture feeds--is already being explored. Approximately 46,000 pounds of were shipped to earlier this year by the U.S. Grains Council of , , and the Idaho Barley Commission to test as a feed ingredient for farm-raised fish.

ARS researchers at , , and , will begin similar investigations with farm-raised rainbow trout this month.

The Idaho Agricultural Experiment Station's Foundation Seed Program at Kimberly has offered seed for sale since late 2007. Researchers and plant breeders can contact Bregitzer to obtain, at no charge, small supplies of or any of several other feed, food and malting barleys that have resulted from ARS and Experiment Station barley breeding research.

ARS is a scientific research agency of the U.S. Department of Agriculture. 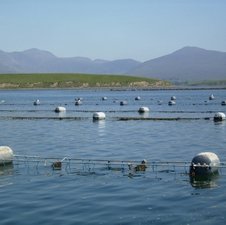