Sustainable shrimp production has significantly advanced with a commercial-scale trial showing that a new diet with lower levels of protein can produce the same-sized shrimps with less impact on the environment.

Food typically fed to farmed shrimp has a high protein level made up of fishmeal, fish oils and grain to support good shrimp growth. High protein diets have a higher nutrient output which the industry is seeking to address in its focus on more sustainable production methods.

Ridley, Australia’s largest commercial provider of high-performance animal nutrition, and Australian Prawn Farms, Ilbilbie, Queensland, run a trial where shrimp were fed a novel diet called Propel Grower™, which has 19.5% less protein than previous industry levels (37 vs 46%, respectively), and contains a microbial biomass ingredient, called NovaqPro™. NovaqPro™ was originally developed by CSIRO and commercialized by Ridley as part of a 12-year program of research investment.

Ridley’s customer solutions manager aquaculture, Richard Smullen, said NovaqPro™ has been a key ingredient in allowing Ridley to reduce protein across its shrimp diets by nearly 24% since 2019. “The recent Australian shrimp farm trial compared feeding a Propel Starter™ and a Propel Grower™ diet, both containing NovaqPro™, versus feeding a high-performing traditional Ridley program. At the end of the growth cycle, the ponds recorded an 8% better feed conversion, 10% better survival rates, and a 13% improvement in yield for the shrimp fed the NovaqPro™ – containing feeds.”

“Put simply, there were greater numbers of shrimp in the ponds when it came time to harvest. But most impressive of all was there was nearly a 40% reduction in nitrogen output for every tonne of shrimp produced which is a big win for the environmental credentials of the farm,” Smullen said.

Australian Prawn Farms general manager, Matt West, said the results were impressive and a significant step towards the ongoing sustainability of the industry. “We found there was improved water quality and pond performance, as well as less environmental impact but more than that, we also saw shrimp grow at the same rate and to the same size as those on a traditional diet containing higher levels of protein, fish meal and oil.”

The results build on award-winning farm-based research in 2020-2021 which demonstrated that with the addition of NovaqPro™ and other proprietary ingredients, shrimp diets could include significantly less fishmeal and fish oil.

Smullen said the global growth in aquaculture could see an increasing demand for marine resources which could create a need for additional alternative raw materials and bring about a pre-emptive change for the industry.

“The research demonstrated the effectiveness of Ridley’s NovaqPro™ containing Propel diet with reduced fishmeal and protein levels in commercial ponds, and with an industry focused on sustainable production, all major shrimp farmers in Australia have begun feeding some level of the diet over the past season,” Smullen said. 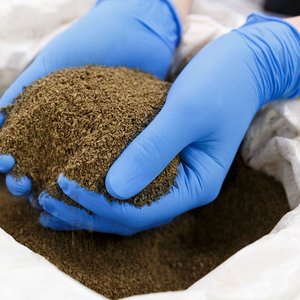 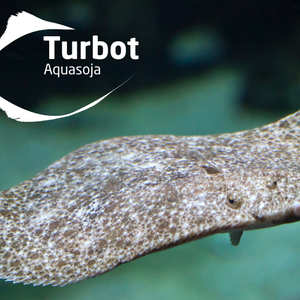