Copper ions diffused out from a brass plate into a fish tank filled with seawater killed 99.99% of the Vibrio food poisoning bacteria contaminating the living fish and shellfish within 40 hours

Putting brass where your money is could be a guarantee of safety according to researchers looking at the dangers of eating raw fish and shellfish in seafood restaurants, scientists heard today (Wednesday 10 September 2008) at the Society for General Microbiology's Autumn meeting being held this week at Trinity College, Dublin. The Asian diet traditionally includes lots of raw fish and shellfish, and diners and restaurateurs are aware of the risks of food poisoning posed by contaminating bacteria. In Korea between 2003 and 2006 around 12% of food poisoning cases were due to a type of bacteria called Vibrio, whose family includes the microbe that causes cholera. Now Korean scientists have come up with a simple and effective way of making sure that shellfish is safe – put a brass plate at the bottom of the fish tank.

"We showed that copper ions diffuse out from a brass plate into a fish tank filled with seawater, and within 40 hours the copper killed 99.99% of the Vibrio food poisoning bacteria contaminating the living fish and shellfish," says Dr Jeong-Weon Huh from the Department of Health Research, at Gyeonggi-do Institute of Health and Environment, Republic of Korea.

The copper is absorbed by the bacteria, causing them to die and fall off the gills and skin of the fish. Vibrio are even flushed from the internal organs of the fresh fish, sinking to the bottom of the tank. The remaining copper ions are absorbed from the seawater in the tank by sand and polyester filters, leaving safe, clean fish ready to be eaten by restaurant diners.

"By being able to remove the copper ions, we can prevent people from consuming excess copper themselves, but let them safely enjoy any kind of fish, either raw or cooked," says Dr Jeong-Weon Huh.

Koreans have claimed for a long time that food served in a traditional bowl called a bangzza is safer to eat. Now the food researchers have proved the science behind the myth. The 78% copper and 22% tin mixture used to make the traditional bangzza kitchenware allows enough copper ions to escape into the food that pathogenic microbes are rendered harmless.

In countries with many people suffering from poor sanitation and hygiene, where cholera and other Vibrio bacteria are rife, it seems that this traditional cookware may be a lifesaver.

"We highly recommend that brass is used in restaurant fish tanks for consumer's safety. More people will be able to safely enjoy seafood, and the marine dealers will have a stable income," says Dr Jeong-Weon Huh. 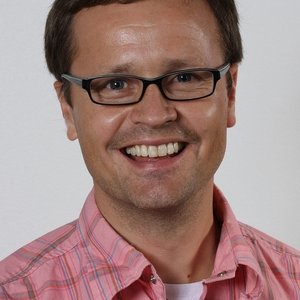