With fishers forced to stay in port in some countries, the reduction in consumption of the general public of farmed seafood and aquaculture farmers dealing with the non-marketed production, the aquaculture industry is facing a period of uncertainty.

With fishers forced to stay in port in some countries and aquaculture farmers dealing with the non-marketed production, the aquaculture industry is facing a period of uncertainty.

The Marine Ingredients Organization (IFFO) reported that fishing and reduction operations have continued to be carried out almost everywhere. The most striking one has been Peru, where the local government so far has failed to declare the reduction industry as part of the essential sectors and thus subjected employees of the marine ingredients producing plants to self-isolation and night curfew (unless involved in the international export operations). Thankfully, the damage has been limited by the fact that Peru was and still is under a fishing ban in its more productive area, the North-Centre, as it usually happens between the end of March and mid-April.

India and Mauritius are in a similar situation, where the lockdown imposed by the government has also been applied to producers of fishmeal and fish oil. In India, fishing operations have been completely suspended, and it is feared that by the time the current lockdown ends, fishing activities might not resume due to the lack of migrant workforce stuck in their remote villages. "In other words, there is a high probability that little production of fishmeal and fish oil might occur in 2020, given the difficult start India had already reported in the first months of the year," Enrico Bachis, market research director at IFFO, said.

Fishmeal and fish oil are purchased mainly by animal feed producers, whose demand is indirectly and predominantly determined by the downstream consumption of the general public of farmed seafood and swine products. How the demand for these products might change amid the COVID-19 pandemic is key to understanding present and future scenarios.

“The hospitality sector in the U.S. is a lot bigger than in other countries, therefore the effect of this will be much greater. It is a very unclear situation, but many point out that a lot of companies within the sector will not survive. Companies are scared that the entire sector will break down,” said Egil Ove Sundheim, US Director located in Boston for the Norwegian Seafood Council.

With the foodservice demand almost entirely wiped out in most countries, seafood demand has dropped worldwide. Enrico Bachis said that “on one hand, we are seeing growing stocks of fish unsold kept in ponds and pens, which will be needing feed and in turn fishmeal. On the other hand, this situation sooner or later will push farmers to freeze their growing stock of fish that was expected to be sold fresh (e.g., salmon) and thus at a higher price, leading to significant losses for farmers. And possibly to bankruptcies. Others, think shrimp farmers in Ecuador or Asia, are likely to withhold from restocking during the current pandemic, meaning there is likely to be a sharp drop in price during the current crisis, followed by a steep rise as supply dries up later in the year (assuming the market returns to normal).”

Some countries are taking measures to support the industry. The U.S. approved a $2 trillion aid package for companies whose work has been affected by the COVID-19 pandemic. The CARES Act contains $9.5 billion in assistance for agriculture producers who have been impacted by COVID-19 along with a $14 billion replenishment to the Commodity Credit Corporation.

Canada confirmed their seafood sector will have access to $3.6bn aid program and the European Commission has proposed a new set of measures under the European Maritime & Fisheries Fund (EMFF). The package includes support for the temporary cessation of fishing activities due to coronavirus, support to aquaculture farmers for the suspension of production and additional costs, and support to producer organizations for the storage of fishery and aquaculture products. Additional amendments to the EMFF Regulation allow for more flexible reallocation of financial resources within the operational programs.

“Support for European aquaculture comes in the same aid package as for fishing, but new specific and effective measures are needed to boost the sector and keep the supply going,” said Javier Ojeda, president of the aquaculture advisory council of the EU and interim general secretary of the Federation of European Aquaculture Producers (FEAP).

The European Feed Manufacturer's Federation (FEFAC) welcomes the fact that feed was classified as an essential good by the EU Commission in the Guidelines on Green Lanes as well as in the recent G-20 COVID-19 declaration. However, the federation said that broader awareness of the vital role of feed production and supply is needed at a national level to tackle the key short-term challenges on transport logistics. “The undisrupted functioning of the feed supply chain is crucial in the production of foodstuffs of animal origin. At this point in time, no severe disruption has occurred at feed level, however, long waiting times at border posts remain an issue in several countries. The EU Green Lanes protocol must be fully applied to the cross-border transport of feedstuffs, including micro-ingredients, like feed additives and minerals, in order to preserve animal health and welfare status of all farm animals and farmed fish, thus ensuring food security,” the federation said. 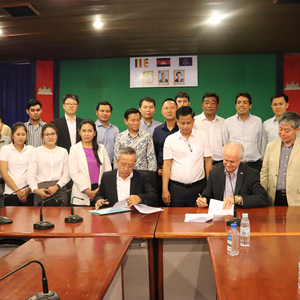 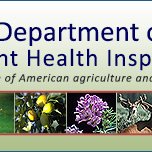