Current and future outlook of aquaculture and aquafeeds

The panelists of the inaugural session of Talking with Titans series discussed issues related to the sustainability of the industry, usefulness of alternative raw materials, proliferation of genetically modified raw materials and culture animals, and their short- and long-term impact on human health and society as a whole.

The panelists discussed issues related to the sustainability of the industry, usefulness of alternative raw materials, proliferation of genetically modified raw materials and culture animals, and their short- and long-term impact on human health and society as a whole.

Suzi Dominy mentioned that sustainability is an issue that people are very concerned about as a wide-general concept. But when it comes about specifics, aquaculture, and fish in particular, lack awareness among the general population. The knowledge on aquaculture sustainability is driven by the food and restaurant sector. This is a job for the aquaculture and food industry to come together to provide information on how sustainability issues such as deforestation, ecological footprint, and labor abuse are taken care of by this continuously evolving young industry.

Albert Tacon highlighted the bifurcation of the industry to serve a different set of consumers. “There are two types of consumers: one that have and the other half that do not have. A large 46% of the global population earns less than $5.50 USD a day. For them, it’s all about price, feeding the family with mere $150-200 USD/month. The sustainability issues such as traceability, animal welfare, GMO/non-GMO, organic/inorganic are more important for the ones who has the ability to pay a higher price,” said Tacon.

“In a recent book titled “Poor Economics: A Radical Thinking of The Way Fighting Global Poverty”, this year’s Nobel Laureates Abhijit V. Banerjee and Esther Dufflo, highlighted the dichotomy faced by the poor when they have some extra income,” mentioned Kabir Chowdhury. “Instead of less expensive nutritious food like fish for the family, they’d rather purchase relatively expensive luxury foods such as fast foods. They are unable to see the possibility of a bright future of the children by providing less expensive but nutritious food.”

The panel also discussed the hypes and investment dollars into novel proteins such as insect meal or algal production for highly unsaturated fatty acids or HUFA. Better utilization of existing proteins would also help the sustainability of the industry by reducing wastes and improving the environmental outcomes from aquaculture.

Tacon insisted that better utilization is possible by processing less digestible raw materials using fermentation technology or enzymes in-vitro or in-vivo. In terms of novel proteins, single-cell proteins could become mainstream much faster as the doubling rate of these resources is less than six hours, much faster than the others.

Dominy mentioned the main bottlenecks for the novel proteins to become mainstream are the scaling-up of production, costs and volume. Until we have enough volume to support the need of the aquafeed industry and the price becomes tolerable, these novel proteins will stay in the fringe to be used in specialty feed for their functional properties.

The panel discussed GMO issues and how they are affecting the industry. Ninety percent of soybean meals are produced from genetically modified soybeans, which may have residues of other harmful chemicals besides normal anti-nutrients. We need to be more cautious and better informed as consumers will eventually ask for it. However, at the current situation, alternative choices are very limited.

The final point discussed by the panel was bringing the aquaculture technologies under more controlled conditions. The rise of land-based recirculation aquaculture systems (RAS) and bio-floc technologies are the solutions to a lot of sustainability issues we have with aquaculture today.

Finally, the panel insisted that we need to move our food production to the ocean, which covers 70% of the earth surface. We need to use the ocean as a resource not as a toilet to dump everything we don’t want.

Aquaculture Nutritionist Network (ANN) is a LinkedIn based organization established in 2011 to share new and interesting but useful ideas among the aquaculture nutritionists worldwide. Jefo Nutrition Inc., a global leader of non-medicated feed additives, lend their support in organizing the event. 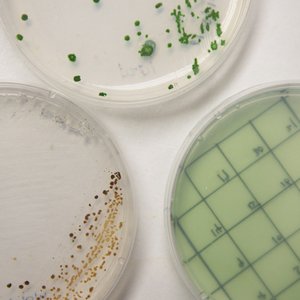 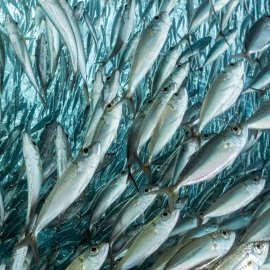 Marine ingredients not projected to decline