Deep Branch's SCPs to reduce the carbon footprint of aquafeeds

“The great thing about our process, particularly compared to other novel protein sources, is that we do not foresee being limited by any of our input,” the company said in a recent interview.

Deep Branch is one of the many new players in the novel ingredients arena. The company uses microbes to convert CO2 from industrial emissions into a new type of single-cell protein, called Proton™, similar to fishmeal. After raising investments and signing partnerships, the company is on its way to scaling up production.

The idea for Deep Branch came after identifying a gap in the market for sustainable protein and the opportunity for a novel biotechnology process to meet this demand. The company was founded by three researchers with deep expertise in gas fermentation. This technology uses microbes that can utilize gases instead of sugars as carbon and energy sources to grow. “While several companies were commercializing processes to use this kind of technology to convert carbon dioxide into chemicals, we saw an opportunity to use it to create protein.

Initially, we planned to use carbon dioxide directly from flue gas, but as our technology has developed, we’ve moved towards using clean (>99%) carbon dioxide. We now use food-grade carbon dioxide in our process, which, combined with other simple inputs, enables us to have unrivaled traceability, with no heavy metals, antibiotics or pesticides,” explained John Hays, vice president of Commercial & Sales at Deep Branch, in a recent interview with Aquafeed.com.

Deep Branch recently partnered with BioMar for a long-term partnership, but both companies have been working together since 2020. “BioMar has helped shape our commercialization journey and has been an important guiding presence. I love that they are passionate about sustainability and have such a strong vision of what the future holds for aquaculture and their role in the transition away from heavy reliance on marine resources,” Hays said. Both companies have developed a concept feed recipe that will be assessed in palatability and digestibility studies scheduled for later this year. “We’ll then be pushing Proton-based feeds into performance trials in 2023 before finalizing a commercial recipe,” Hays unveiled.

Through the UK project REACT-FIRST, Deep Branch is obtaining data on the cost and carbon footprint of Proton™. “So far, we’ve identified the potential for a 60% saving in terms of carbon intensity compared to soy protein concentrate. This finding assumes that we utilize hydrogen produced from renewable electricity, which we’re exploring through our collaboration with Landsvirkjun, the leading power provider in Iceland. We’ve already identified further scope for carbon savings through specific aspects of process optimization and input sourcing, so we’re confident that we can further reduce the carbon footprint of feed considerably,” Hays mentioned.

This project involves a series of partnerships across the value chain that are helping navigate and enable part of the journey. “On the downstream side, we’re using pure, clean inputs rather than relying on marine resources or vegetable crops as the basis for macronutrients. This creates a new value chain, but for that value to be realized, key stakeholders need to understand their role and how the innovation can benefit them,” said Hays.

“For suppliers of our essential raw materials (mainly carbon dioxide and hydrogen), this is a new offtake route and can mean that gases that are hard to store and transport can be converted into high-value dry powder, meeting clear market demand. For our end-users, such as BioMar, this presents an opportunity to source protein that has the potential to be independent of the supply and pricing volatility seen in many conventional protein sources. We cannot generate our required inputs ourselves and then formulate the resulting protein into a compound feed, so instead, we rely heavily on the right partners.”

Deep Branch plans to have its pilot facility online within the coming weeks, with a nameplate capacity of approximately ten tonnes of Proton per year. “We’re also currently designing our market launch facility, which will have over fifty times the capacity of our current pilot and is scheduled to come online in early 2025. Furthermore, we’re considering several locations in Europe and plan to select a site by the end of Q3 this year,” Hays mentioned.

“We must scale our technology in the right way, which means we cannot boost our production capacity overnight. However, we predict that our market launch facility will provide sufficient validation that the technology will work at any scale and that by 2030, we will be able to deploy facilities capable of producing >100,000 metric tonnes of Proton annually. The great thing about our process, particularly compared to other novel protein sources, is that we do not foresee being limited by any of our inputs,” Hays concluded. 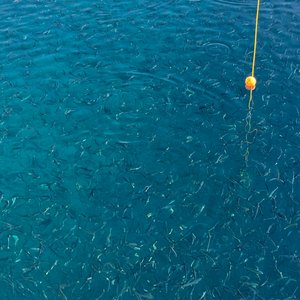 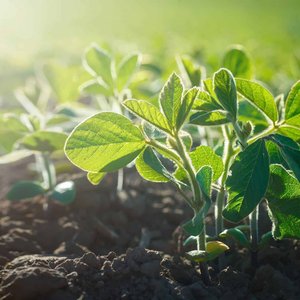 Ukraine soybean exports stable in first half of the year