Ecuador's National Chamber of Aquaculture (NCA) said today that it was disappointed in the Commerce Department's failure to find that shrimp exporters in Ecuador had not dumped shrimp in the United States. The Department of Commerce announced final margins of 2.35% for Exporklore, S.A., 2.62% for Exportadora de Alimentos, S.A., and 4.48% for Promarisco, S.A. The weighted average margin for these three companies is 3.2%, which will apply to exports from all other Ecuadorian shrimp exporters. This "all others" rate is the lowest rate announced for any of the six targeted countries.

"We are gratified that the margins of dumping were low, especially in light of the ridiculous assertion of a margin of dumping of 104 to 207% made by the Southern Shrimp Alliance when it originally filed the petition. Nevertheless, we are concerned that Ecuadorian exporters must contend with an antidumping order that has no merit and was issued only because the Commerce Department used faulty calculation methodologies and applied its policy of 'zeroing' out negative margins, even though the World Trade Organization has declared this policy illegal," said Sandro Coglitore, President of the NCA.

"Hundreds of thousands of Ecuadorians depend on the shrimp industry for their livelihoods. Shrimp is Ecuador's third largest export after oil and bananas, and we have supplied shrimp to the U.S. at fair and equitable prices for 30 years. Our government officially communicated our concern about the case to decision makers in Washington, and it seems to have had a positive effect, although not to the extent that we had hoped," continued Coglitore.

The International Trade Commission still must vote in January as to whether to impose antidumping duties, and Ecuadorian exporters remain hopeful that the ITC will  conclude that their exports have not caused material injury to the U.S. shrimp industry. 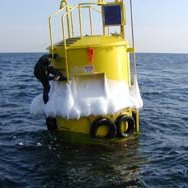 US rules against shrimp exporters