An EU-wide ban on the use of antibiotics as growth promoters in animal feed enters into effect on January 1, 2006.

An EU-wide ban on the use of antibiotics as growth promoters in animal feed enters into effect on January 1, 2006. The last 4 antibiotics which have been permitted as feed additives to help fatten livestock will no longer be allowed to be marketed or used from this date. The ban is the final step in the phasing out of antibiotics used for non-medicinal purposes. It is part of the Commission’s overall strategy to tackle the emergence of bacteria and other microbes resistant to antibiotics, due to their overexploitation or misuse.

Markos Kyprianou, Commissioner for Health and Consumer Protection, said: “This ban on antibiotics as growth promoters is of great importance, not only as part of the EU’s food safety strategy, but also when considering public health. We need to greatly reduce the non-essential use of antibiotics if we are to effectively address the problem of micro-organisms becoming resistant to treatments that we have relied on for years. Animal feed is the first step in the food chain, and so a good place to take action in trying to meet this objective.”

Antibiotics have been widely used in animal production for decades worldwide. Added in low doses to the feed of farm animals, they improve their growth performance. However, due to the emergence of microbes resistant to antibiotics which are used to treat human and animal infections (“anti-microbial resistance”), the Commission decided to phase out, and ultimately ban, the marketing and use of antibiotics as growth promoters in feed. Antibiotics will now only be allowed to be added to animal feed for veterinary purposes. This decision was based on opinions from the Scientific Steering Committee, which recommended the progressive phasing out of antibiotics used for growth stimulation, while still preserving animal health.

The EU has already banned antibiotics used in human medicine from being added to animal feed. The new Feed Additives Regulation1 completed measure with the total ban on antibiotics as growth promoters from January 1 2006. On that date, the following 4 substances will be removed from the EU Register of permitted feed additives:

This measure is in line with the Commission’s overall Strategy to combat the threat to human, animal and plant health posed by anti-microbial resistance. 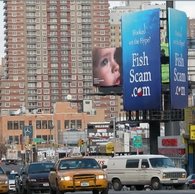