The European feed manufacturers' federation, FEFAC, has appealed to the Council of the European Union to address urgently the devastating situation faced by the European livestock sector. "It  finds itself caught between the hammer and the ambush”, FEFAC says. with livestock product prices at historically low levels and prohibitive production costs.

Facing increasing competition from third country operators, both on the internal and the world market, the European livestock sector has been pushed into a structural crisis.

Since the 2003/04 campaign started, the costs of pig and poultry feed has increased by 30%, in particular due to rising cereal prices. "Despite the obvious feed material shortage, the European Institutions have so far refused to give European livestock producers access to world market cereals at competitive prices", FEFAC says.

"We therefore urge the Council to pay greatest attention to the difficulties of the EU livestock sector. We believe that it is essential that urgent measures are adopted at the next Farm Council meeting on February 24th, 2004, to meet the current exceptionally difficult market conditions for EU livestock producers and in order to preserve the structure of the EU livestock industry. We would in particular ask the Council to seriously consider the following options:
- increasing the Tariff Rate Quotas for wheat by 2 million tonnes;
- asking the EU Commission to take into account the current high freight costs when calculating the import duty for maize;
- asking the EU Commission to further facilitate the release of intervention stocks of rye on the internal market".

FEFAC also would like to call on the Council to draw on the lessons from the present situation and to rapidly proceed to an evaluation of common market organizations with a view to restoring, as soon as possible, a balanced Common Agricultural Policy to equally preserve the interests of all sectors of EU agriculture and agri-industry.

AFIA asks FDA to include feeds in rule on claims, standards 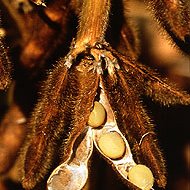