Contestants competing in the F3 Challenge – Carnivore Edition have sold a combined total of over 3,185 metric tons (3.18 million kilograms) of fish-free feed in the sales contest designed to spark innovation in the aquafeed industry to find viable, cost-competitive replacements to fishmeal and fish oil in aquaculture feed.

Dainichi Corporation remains in the lead in the Other Carnivorous Species category for its fish-free feed for red sea bream. The contestants, Star Milling Co. (salmonid category) and Empagran/Veramaris (shrimp category) maintain their leads in their respective categories. An estimated 88 million forage fish have been saved from being fish food since contestants began reporting sales, according to the F3 Feed Innovation Network’s forage fish savings calculator.

The F3 Challenge - Carnivore Edition winners will be announced in October at the Global Seafood Alliance’s GOAL conference in Seattle. 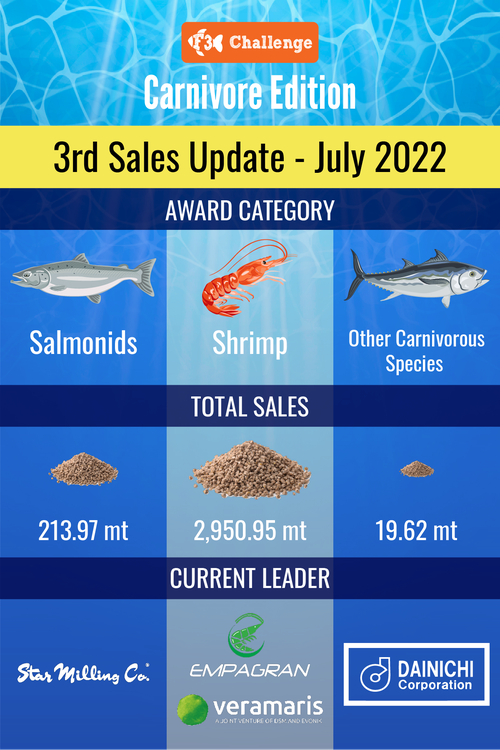 The goal of the F3 - Future of Fish Feed is to assure greater global food security by reducing the aquaculture industry’s reliance on fishmeal and fish oil derived from small forage fish, such as menhaden and sardines and to future-proof the industry against shocks to the supply chain. The award is USD 100,000 in each of three categories – salmonid, shrimp, and other carnivorous species. The F3 Challenge is a sales competition to award prize monies to the contestants that produce and sell the most “fish-free feed” within their designated category.

Eight qualifying F3 feeds were submitted by contestants competing toward the $300,000 in prizes. Contestants began recording sales as of October 1, 2020 or after submitting their feed. The qualifying F3 feeds for all prize categories must not contain any ingredients consisting of or derived from marine animals, including but not limited to fish, squid, shrimp, or krill. All sales reported by companies remain unverified. F3 Challenge judges will verify F3 feed sales prior to announcing the winners per the contest rules. 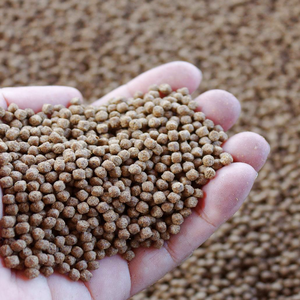 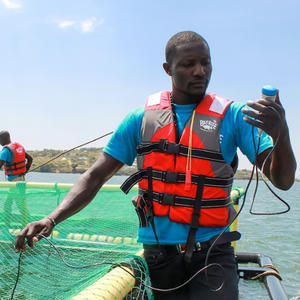