The U.S. Food and Drug Administration (FDA) is to hold a public meeting to encourage more company and producer participation in the national U.S. Animal Feed Safety System (AFSS). It will be held April 5-6 in the Crowne Plaza Hotel, Omaha, Nebraska.  Information on the meeting, including registration forms and hotel information can be found at: www.fda.gov/cvm/index/updates/AFSS05.htm.
The meeting is free, but attendance is limited.

The Federal Register contains the latest information on this evolving process, including links to definitions for the comprehensive, risk-based AFSS.
FDA sees the following four AFSS components:
1) Ingredients and approval process.
2) Limits for animal feed contaminants.
3) Process control for the production of feed ingredients and mixed feed.
4) Regulatory oversight.

The agency also intends to discuss a risk-ranking model under development by the agency for determining the relative risks of the numerous hazards that may be present in animal feed. FDA is soliciting comments on these components and approaches.

FDA officials acknowledge that this effort is receiving high-level government attention, and the industry can expect some type of regulations in the 2006-2007 timeframe.

The Food and Drug Administration (FDA) began work on a national, risk-based Animal Feed Safety System (AFSS) in 2003, conducting a public meeting in September of that year. Over 200 attended, including 100 government officials. Twelve breakout sessions generated ideas and discussion that guided the agency in its effort. Now, FDA has posted ideas and its subsequent regulatory efforts on its website. 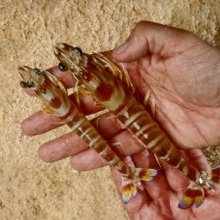 Put a Pedigree Prawn on the Barbie