FEAP’s member associations discussed and decided upon the numerous issues such as EU strategic guidelines, bluefin tuna farming and sustainability, among others.

The Federation of European Aquaculture Producers held its 2021 general assembly in Rome on December 3. This meeting has been the first onsite event organized by the federation since February 2020 and allowed online participation through a hybrid setting. The necessary social distancing and other COVID-19 prevention measures did not lessen the emotion of this long-awaited meeting.

The assembly was opened by Lara Barazi-Geroulanou, FEAP president, and Riccardo Rigillo, general director for Fisheries and Aquaculture of Italy’s Ministry for Agriculture. Both highlighted the important role of aquaculture in the Green Deal, its relevance for food security in Europe and towards achieving the Sustainable Development Goals of the United Nations 2030 Agenda.

The representatives of FEAP’s member associations discussed and decided upon the numerous issues related to aquaculture that are currently being dealt with by the European Commission, such as the implementation of the strategic guidelines for a more sustainable and competitive EU aquaculture for the period 2021 to 2030, the EMFAF National Operational Programs, and the Sustainable Food Systems initiative.

The activity of the federation within the European Parliament reviewed, specifically, the work with several of its committees and about ongoing INI reports, such as the one “Towards a sustainable blue economy in the EU” and “Striving for a sustainable and competitive EU aquaculture.” Finally, contributions to the FAO Shanghai Declaration and plans for its 2022 International Year of Artisanal Fisheries and Aquaculture were presented.

An internal commission was created in the federation to work on the issues related to the farming of bluefin tuna. This new working group will focus on sustainability issues, innovation and best practices for the farming of this species. Currently, the FEAP has six other commissions: Environment, Communication, Fish health and welfare, Salmon and large trout, Freshwater species, Mediterranean and Sturgeon.

A position paper of the FEAP was approved on the legal cataloging of fish farm effluent dry waste as manure. Although the definition of “manure” set in the animal byproduct regulation does not cover solid materials from aquaculture, these materials should not be automatically cataloged as “sludge”. The FEAP holds that the solid material of fish farms resulting from the filtering and drying of effluents should be cataloged as “manure” under the animal byproducts regulation.

During the General Assembly, the FEAP and the International Union for Conservation of Nature and Natural Resources (IUCN) signed a Memorandum of Understanding (MoU). The objective of the initiative is to provide the parties with a general framework and a guiding tool in identifying and carrying out specific collaborative projects and activities for joint implementation. The IUCN was represented by François Simard. A previous MoU between FEAP and IUCN was signed in 2008 and interesting documents resulted from it.

The General Secretary of the European Aquaculture Technology and Innovation Platform (EATiP), David Bassett, delivered a presentation on the activities of the platform and on the close collaboration that both organizations carry out. The General Assembly agreed to collaborate with the European Salmon Smokers Association (ESSA) to develop a constructive relationship based on sharing technical best practices and improving practical aspects of salmon and trout supply by sharing information and discussing technical issues of common interest. The identified areas of common interests are food safety, quality and public image. 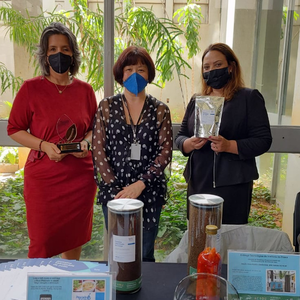 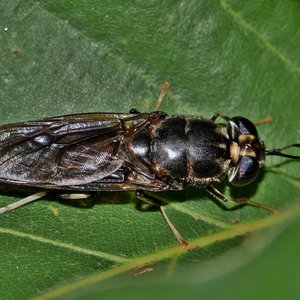 US request information on insect production