The renewed Soy Benchmarking Tool includes a filter system so web users can view which responsible soy schemes and programs comply with the new desired criterion on conversion-free soy.

The Soy Benchmarking Tool is complementary to the FEFAC Soy Sourcing Guidelines 2021 since it displays the soy schemes and programs that have successfully applied for and passed a benchmarking exercise against the FEFAC Guidelines executed by ITC (International Trade Centre, joint UN and WTO agency).

The new tool includes a filter system so web users can view which responsible soy schemes and programs comply with the new desired criterion on conversion-free soy. This responsible soy is grown on land that didn’t come at the expense of any (illegal or legal) conversion of natural ecosystems (including natural forests) as from a certain cut-off date.

All schemes that have so far applied and passed the ITC benchmarking exercise against the FEFAC Soy Sourcing Guidelines 2021 (Cargill Triple S, Cefetra CRS, Danube/Europe Soy, ProTerra, RTRS, Sustainable Farming Assurance Program) also included the availability of conversion-free soy in their current programs. More responsible soy schemes and programs are in the application process and are expected to be added to Soy Benchmarking Tool in the coming period.

FEFAC president, Asbjørn Børsting, said that “FEFAC is pleased to see the strong response and interest of scheme owners to include the new desired criterion on conversion-free soy, which is considered to be a key market driver in Europe for sustainable soy value chains. The growing access to the market offer on conversion-free soy from robust and credible certification schemes is essential to the European feed industry’s capacity to meet political and market expectations on deforestation & conversion-free supply chains.”

The Soy Benchmarking Tool also makes it possible for schemes and programs to highlight the availability of information about their carbon footprint and No Land Use Change Certificates (20 years). These services are not yet part of an independent verification system, however, it provides an indication of the new benchmarking tool as a means to stimulate the synergy between the feed sustainability ambitions on “tackling deforestation” and “lowering the environmental footprint”, which have so far been developed as separate tracks. FEFAC is considering the development of a specific sector guidance note on this important topic in order to further boost the interest of scheme owners to provide information about the carbon/environmental footprint of their soy, potentially as branded data in the GFLI Database.

The first version of the FEFAC Soy Sourcing Guidelines was released in 2015, which included an essential criterion on illegal deforestation. FEFAC’s ambition laid down in its Feed Sustainability Charter 2030 is that the FEFAC Soy Sourcing Guidelines 2021 provide a reference which downstream and upstream soy value chain partners can use to ensure that soy products in European livestock production are responsibly produced and free from conversion of natural ecosystems. 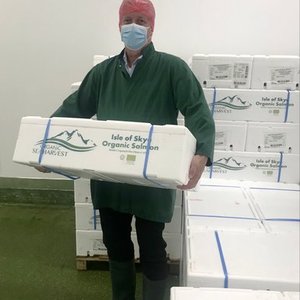 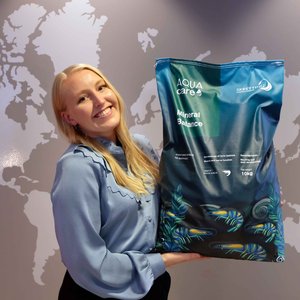