First open-ocean aqaculture farm in the USA, files for bankruptcy

First open-ocean aqaculture farm in the USA, files for bankruptcy

The Honolulu Star Advertiser reports that the move comes amid a dispute between company owners - Steve Case of AOL fame, and the moi farm's founder, former commercial fisherman Randy Cates. The company previously known as Cates International listed $8.6 million in debts and $5 million in assets.

The filing does not affect Grove Farm Co., a Kauai-based firm that is also owned by Case.

Hukilau plans to continue normal farming operations with its 10 employees, and its backers still believe the company can be a long-term success.

According to the newspaper, Case acquired a 51 percent stake in the company renamed Hukilau in 2006 as Cates planned to increase production from 1.2 million pounds last year to 5 million pounds, with a new hatchery and more than doubling its state ocean lease, from 28 acres to 61 acres.

Disagreement over the expansion led to Cates filing a lawsuit in June against Cases' investment company, Visionary LLC, alleging that Visionary made bad decisions for Hukilau.
Shortly after filing the suit, Cates was removed as company president, though he remains the company's minority owner and is one of five board members guiding Hukilau.
Joachim Cox, a local attorney representing Cates, said Visionary decisions dramatically inflated costs for Hukilau and pushed the company into the red after years of annual profits.
Hukilau's net loss this year through September was $2.4 million, up from $2.3 million for all of last year.

Cates claimed in his lawsuit that Visionary was trying to reduce his ownership in Hukilau and might file for bankruptcy to wipe out his equity stake.
Marissa Sandblom, vice president at Visionary, said the lawsuit lacks merit and that Visionary has always acted in the best interest of the company. "In the real world, business plans change," she said, referencing disagreements between Visionary and Cates over the expansion plan.

Wagner said Visionary filed bankruptcy to protect the huge investment it made in Hukilau.
According to the bankruptcy filing, Visionary paid $500,000 for control of the company and has since invested $8.9 million.

The National Marine Fisheries Service also invested in the company through a $3.8 million loan secured by Hukilau assets and guarantees by Cates and Visionary.
The largest unsecured creditor in Hukilau is the Hawaii Employers' Mutual Insurance Co., owed $133,200. Other top unsecured creditors include Waimanalo-based Oceanic Institute (owed $123,013), the U.S. Department of Commerce (owed $64,450) and Kapolei-based Land O' Lakes Feed (owed $49,188). 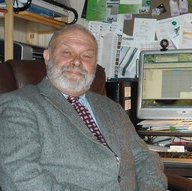