Fish feed from captured methane can be profitable, research finds

A new analysis from Stanford University found production costs involving methane captured from certain sources in the U.S. are lower than the market price for conventional fishmeal.

A study from Stanford University evaluated the market potential of the capture of methane by bacteria and its transformation into protein-rich feed for farmed fish. The study found production costs involving methane captured from certain sources in the U.S. are lower than the market price for conventional fishmeal. It also highlights feasible cost reductions that could make the approach profitable using other methane sources and capable of meeting all global fishmeal demand.

“Industrial sources in the U.S. are emitting a truly staggering amount of methane, which is uneconomical to capture and use with current applications,” said study lead author Sahar El Abbadi, who researched as a graduate student in civil and environmental engineering. “Our goal is to flip that paradigm, using biotechnology to create a high-value product.”

A potential solution lies in methane-consuming bacteria called methanotrophs. These bacteria can be grown in a chilled, water-filled bioreactor fed pressurized methane, oxygen and nutrients, such as nitrogen, phosphorous and trace metals. The protein-rich biomass that results can be used as fishmeal in aquaculture feed, offsetting demand for fishmeal made from small fish or plant-based feeds that require land, water and fertilizer.

“While some companies are doing this already with pipeline natural gas as feedstock, a preferable feedstock would be methane emitted at large landfills, wastewater treatment plants and oil and gas facilities,” said study co-author Craig Criddle, a professor of civil and environmental engineering in Stanford’s School of Engineering. “This would result in multiple benefits, including lower levels of potent greenhouse gas in the atmosphere, more stable ecosystems and positive financial outcomes.”

Stanford researchers modeled scenarios in which methane is sourced from relatively large wastewater treatment plants, landfills, and oil and gas facilities, as well as natural gas purchased from the commercial natural gas grid. Their analysis looked at a range of variables, including the cost of electricity and labor availability.

In the scenarios involving methane captured from landfills and oil and gas facilities, the analysis found methanotrophic fishmeal production costs – $1,546 and $1,531 per ton, respectively – were lower than the ten-year average market price of $1,600. For the scenario in which methane was captured from wastewater treatment plants, production costs were slightly higher – $1,645 per ton – than the average market price of fishmeal. The scenario in which methane was purchased from the commercial grid led to the most expensive fishmeal production costs – $1,783 per ton – due to the cost of purchasing natural gas.

For every scenario, electricity was the largest expense, accounting for over 45% of the total cost on average. In states such as Mississippi and Texas with low electricity prices, production costs came down over 20%, making it possible to produce fishmeal from methane for $1,214 per ton, or $386 less per ton than conventional fishmeal production. Electricity costs could be reduced further, researchers said, by designing reactors that better transfer heat to require less cooling and switching electric-powered applications to those powered by so-called stranded gas that would otherwise be wasted or unused, which can also reduce reliance on grid electricity for remote locations. In scenarios involving methane from wastewater treatment plants, the wastewater itself could be used to provide nitrogen and phosphorus, as well as cooling.

If efficiencies like these could bring down the production cost for methanotroph-based fishmeal by 20%, the process could profitably supply total global demand for fishmeal with methane captured in the U.S. alone, according to the study. Similarly, the process could replace soybean and animal feeds if further cost reductions were achieved.

“Despite decades of trying, the energy industry has had trouble finding a good use for stranded natural gas,” said study co-author Evan David Sherwin, a postdoctoral researcher in energy resources engineering at Stanford. “Once we started looking at the energy and food systems together, it became clear that we could solve at least two longstanding problems at once.” 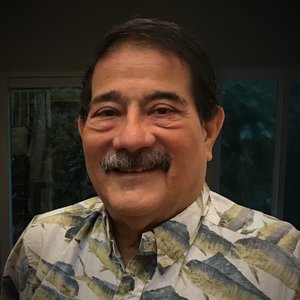 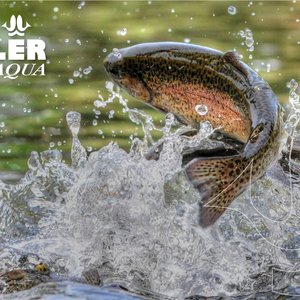 Aller Aqua and BioRefine test green protein made of grass