Sustainable Business Development was the theme that attracted a record 350 delegates from 31 countries to the International Fishmeal and Fish Oil Organisation (IFFO)’s annual conference, held recently in , from October 23-26, 2006.

In his opening address, IFFO director general, Jonathan Shepherd, discussed concerns about the sustainability of fishmeal and fish oil and why much of it is unfounded.

“We have a good news story but the industry must be prepared to sit down with its critics and explain why,” said Dr Shepherd. “There are commercial pressures for differentiation from retailers, but other industries have been able to enhance their reputations as responsible suppliers via systematic dialogue. In order to progress this issue, the board of IFFO has established a small working party on sustainability,” he said.

Rear Admiral Héctor Soldi, President of the Peruvian marine science institute, IMARPE, said that the sophisticated climatic monitoring and forecasting systems now in place predicted a mild El Niño in the coming months, but that it was as yet too early to quantify its impact on feed fisheries, including the important Peruvian anchoveta fishery.

Dr Viggo Halseth, Managing Director of the Skretting Research Centre in focused mainly on progress in developing alternative ingredients for aquaculture feed. But he also reassured delegates that there would always be a market for fishmeal and fish oil - as they were the best and most natural ingredients for fish feed. The advantages that made fishmeal difficult to substitute included high nutrient concentration, perfect nutrient composition, high availability of minerals, palatability and lack of anti-nutritional factors. He said the various vegetable proteins have 15 different anti-nutritional effects that needed to be understood. Fish oil’s unique nutritional advantage was its EPA/DHA content.

Professor Ragnar Tveterås of the described fishmeal and oil as valuable assets, not least because of the health benefits they bring to consumers. However, he said concern about food safety and sustainability posed challenges. He advised: “By forming strategic alliances with buyers and other stakeholders in the aquaculture sector to deal with issues of concern, whether real or perceived, the fishmeal and oil industry adds value and reduces risk for buyers and, at the same time, adds value and reduces risk for itself.”

IFFO issued its customary post-conference report on the outlook for the market:

“The overall market message is that for 2007 global fishmeal and fish oil supplies will remain tight and prices are therefore likely to stay firm. The lower production in 2006 and 2007 compared with 2005 reflects a responsible and precautionary approach to catch limits on the part of the relevant governments, especially in and . Producers are committed to managing this situation for the sake of their customers on the basis of an open market and to aim for stability, favoring longer term relationships.” 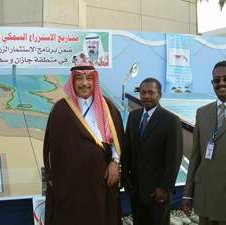