Genetics holds the key to scaling-up insects in aquafeed

There is still room for improvement when it comes to efficiency and price, and insect genetics are an important part of this, according to Thomas Farrugia from Beta Bugs.

Farrugia spoke at the recent Alltech ONE Conference, held in May 2022 in Lexington, Kentucky and updated the audience at the aquaculture breakout session about the current challenges and opportunities of using insect-derived ingredients in aquafeed. Farrugia is CEO of Beta Bugs, an insect genetics company, operating out of Scotland.

“The use of insect protein has been allowed in fish diets for quite some years now and has proven to be a suitable and more sustainable alternative for fishmeal. A significant amount of funding is involved in this industry, which has accelerated production, R&D and innovation. Investors are triggered by the sustainability component of this novel fish feed ingredient and triggered by the large number of trials that have proven the benefits of insect protein for fish and shrimp, showing positive effects on gut health, immunity and growth performance,” Farrugia said.

The European Union gave the green light in 2017 to use insect-derived ingredients in aquafeed, and many regions followed since. “With the increasing demand for insect protein, from both aquaculture, but also the livestock sector, we need to produce more insect protein in the future”, explained Farrugia. According to a Rabobank report (2021), the demand for insect protein for all animal species is projected to be 500,000 tons by 2030, up from today’s market of approximately 10,000 metric tons. The report writes that “500,000 metric tons by 2030 will represent a turning point for the insect industry. Efficiency gains due to increasing technology, automation, improvements in genetics, and legislative changes will also enable costs to decrease. After reaching half a million metric tons, it will get easier for the industry to expand supply”.

Insect genetics: The key to scale

Farrugia considers breeding optimization as a huge opportunity. “Unlike our breeding knowledge on conventional livestock animals such as chickens, pigs and cattle, our understanding of breeding insects is only just beginning, or even the missing link in insect production at the moment. Through the use of genetics, it may be possible to increase the amount of insect protein produced considerably and, in turn, reduce the costs of this novel feed ingredient,” he says. But it is also complex, as insect breeding is about breeding two different animals: the fly and the larvae (the protein that we use), that require different needs,” Farrugia explained to the audience at the Alltech event. 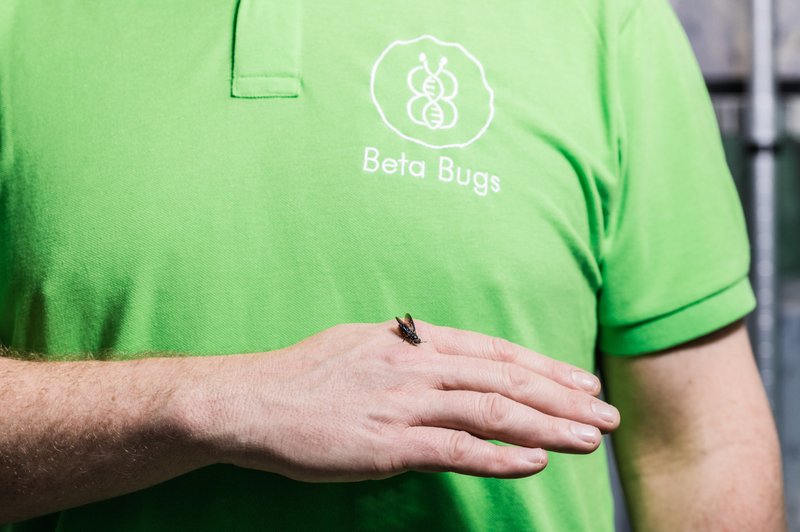 As Beta Bugs is an insect genetics company, it means that it converts the full production cycle of the fly and larvae and produces eggs supplied to the insect growers. The insect producers themselves then only have to focus on growing the larvae as efficiently as possible. “Our breeding efforts already made it possible to convert one gram of eggs into 4 kilograms of larvae (protein for fish!). It can be compared to turning a rabbit into an elephant in only 14 days. This means a massive biomass change. And the whole production cycle, from egg to egg only takes 6 weeks,” Farrugia explained. While insects, and especially black soldier flies, are already very efficient, Beta Bugs believes that breeding and genetics can further improve biomass conversion. 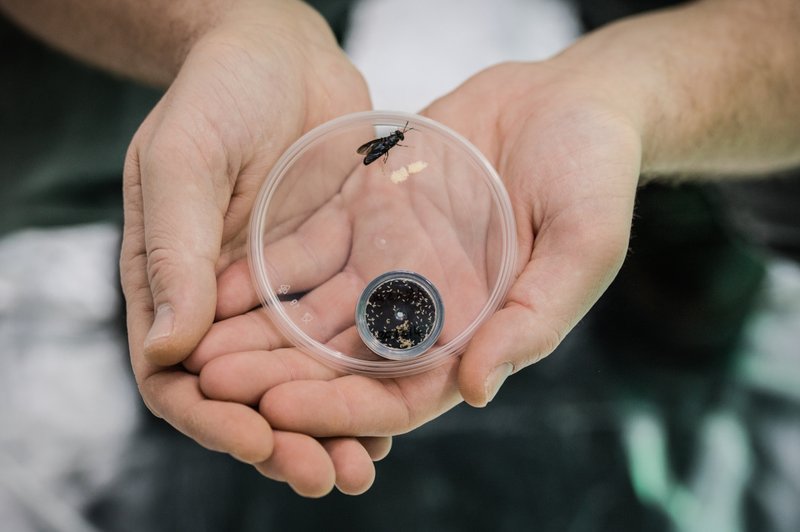 Aquafeed requires high protein content and quality ingredients and this is something Beta Bugs is also selecting for within their breeding program. “While HiPer-Fly® is all about improved performance, the challenge with making a better insect is ensuring that we don’t compromise the health and welfare of these insects since otherwise, it is not useful to customers. Therefore, our breeding program considers not just production, but also fertility and survival. We also monitor for trade-offs that can happen as a result of selection pressures, since these lead to overall reduced performance,” Farrugia added.

Prices will come down

Insect protein is scaling, and there is going to be more of it in the next decades. This is good news for the aquafeed industry, as it will most probably be a more cost-efficient ingredient than it is today. “Improved genetic performance will translate into better on-farm productivity. This means that insect producers will be able to produce more from their facilities. At Beta Bugs, our ambition is to double our industry’s output, without necessarily doubling the number of required facilities, meaning insect protein prices will also come down. This will allow more fish producers to use insect protein in their formulation, at higher inclusions rates and beyond use for fingerlings only,” said Farrugia. On top of that, he hopes that insect producers have more flexibility in using different types of (local) substrates to grow insects on, as this will considerably contribute to sustainability (reduction of the carbon footprint of animal protein and the production of animal feed) and allow them to use ingredients that don’t compete with human food or livestock feed sources. 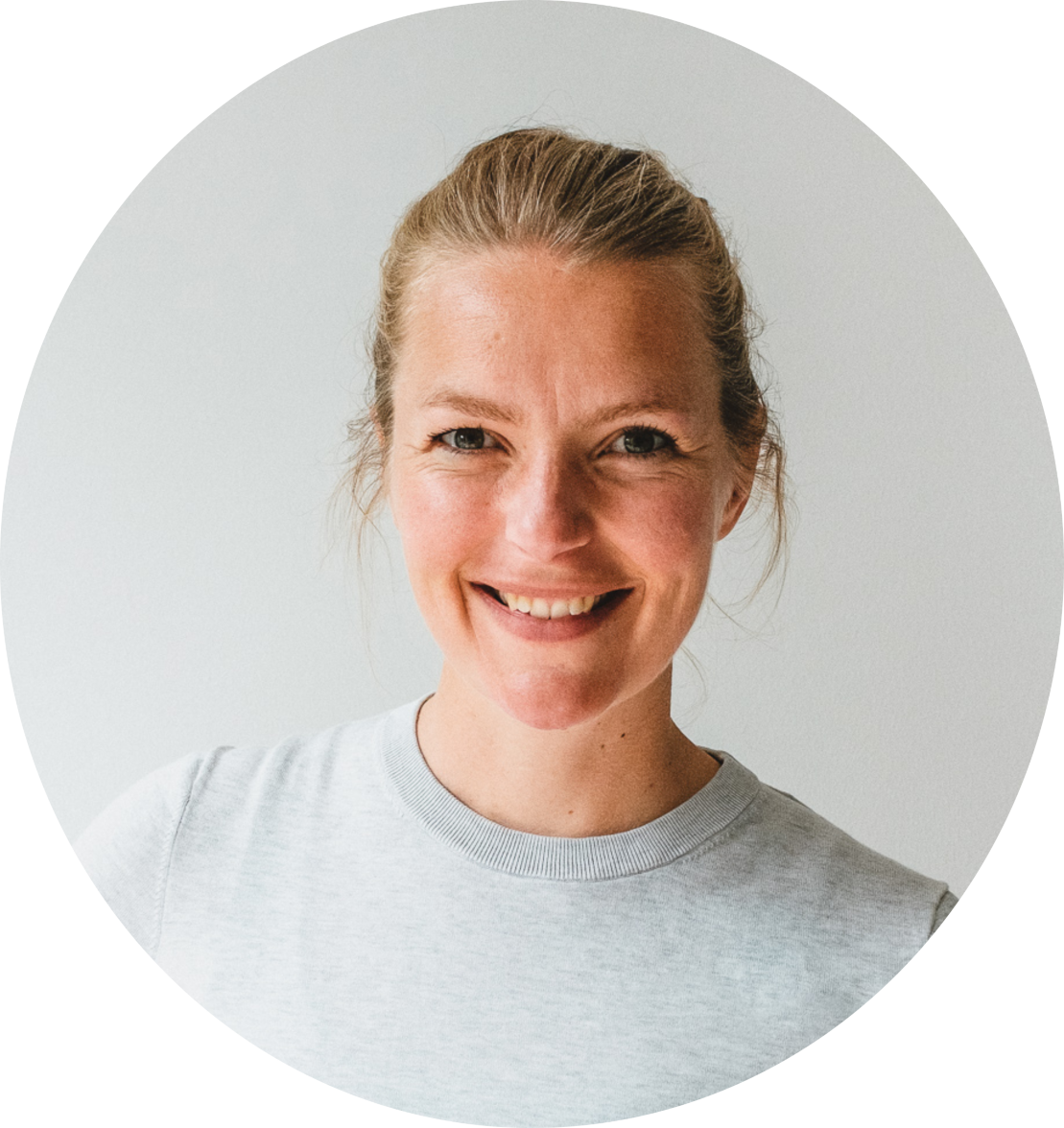 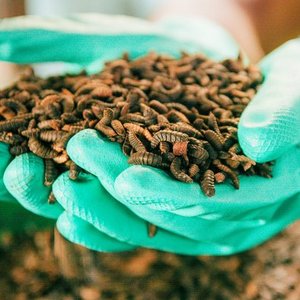 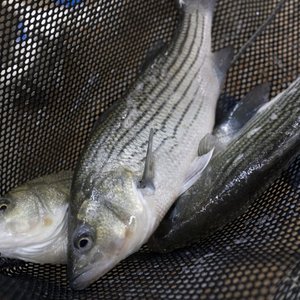