The Global Aquaculture Alliance, the leading global standards setter for aquaculture seafood, has completed plans for the role and composition of a new Standards Oversight Committee. The SOC will both oversee the development of GAA’s Best Aquaculture Practices certification standards and assist in the implementation of the standards.

According to GAA Executive Director Wally Stevens, the formation of the SOC, which was initially announced at the Global Outlook for Aquaculture Leadership meeting in Madrid, Spain, in October 2007, and the final incorporation of input from key stakeholders is a major milestone for the organization.

“The ratification of the role and responsibility of the SOC in the governance and oversight of the BAP standards has been a lengthy and painstaking process in which input from many groups was sought and incorporated into the committee structure,” Stevens said. “The fact that we have received and included input from many stakeholders in this effort should address any questions about the transparency of our process in setting standards that are both rigorous and attainable as we strive to advance the sustainability of aquaculture on a global basis.”

Stevens pointed out that 25 percent of farmed shrimp exported from producing countries and 33 percent of the shrimp consumed in the United States has been processed at a BAP-certified facility. “The numbers are increasing as companies and marketplace leaders realize the value of BAP certification,” he said.

The Global Aquaculture Alliance is currently seeking nominations to serve on the SOC. Download more information on the SOC and GAA’s standards development process (PDF) or contact Wally Stevens. 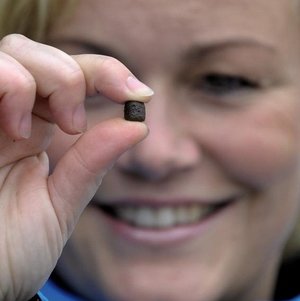