Pacific salmon may be more resistant to sea lice than their Atlantic counterparts and more research is needed todetermine if sea lice found in fish farms are impacting wild salmon, says a new study, released by The Fraser Institute

Pacific salmon may be more resistant to sea lice than their Atlantic counterparts and more research is needed todetermine if sea lice found in fish farms are impacting wild salmon, says a new study, released by The Fraser Institute.

“Large gaps remain in our understanding of the impact of sea lice on Pacific salmon and whether or not fish farms contribute to the problem,” said Dr. Kevin Butterworth, co-author of Sea Lice: The Science Behind the Hype, and a Research Associate at the Centre for Aquaculture and Environmental Research at the University of British Columbia.

The study, co-written with Dr. K. Fiona Cubitt, Dr. Bengt Finstad, Professor Felicity Huntingford, and Dr. R. Scott McKinley, points out that in B.C. waters, 14 different species of sea lice exist, but only two species pose a potential threat to wild and farmed salmon. Butterworth said the difficulties in distinguishing between sea lice species can contribute significantly to the public perception of the impact of sea lice on both wild and farmed salmon. If these species are not correctly identified, the inferences that fishermen and the general public make about the origin of the sea lice on juvenile Pacific salmon can be incorrect.

The study shows that wild salmon vastly outnumber farmed salmon in BC, with 128 salmon farm tenures in BC, compared to more than 9,600 distinct stocks of wild Pacific salmon. Additionally, over-wintering wild coho and chinook salmon and schools of wild sticklebacks in coastal waters provide ideal, potential hosts upon which the sea lice can over-winter, ready to infect out-migrating wild smolts in the spring. As a result, there is potentially a larger reservoir of sea lice associated with wild fish than with farmed salmon. This is the opposite of the North Atlantic, where due to the severe depletion of wild fish stocks, it is primarily the salmon farms that contain the largest pool of potential hosts upon which sea lice can over-winter.

Additionally, Butterworth and the other researchers determined that sea lice are native and prevalent in the North Pacific Ocean and are found on 90 per cent of salmon.

“There is no doubt that sea lice transfer from wild salmon to farmed salmon. There are no sea lice on farmed salmon when they are transferred from freshwater hatcheries to the sea farms to
be grown through to market size.”

But he points out that many questions remain about the movement of sea lice from farmed salmon in net-pens to wild Pacific salmon. The study suggests more research is needed to answer
two crucial questions:

1. Is the number of sea lice transferred from farmed salmon to wild Pacific stocks large enough to have an impact on the infestation level in the wild stocks?

2. What is the minimum number of sea lice on individual Pacific salmon species at which point the health of the salmon is compromised?

“It remains important that sea lice are monitored on farmed and wild salmon until the relationship is better understood. But until these questions are answered, we can not conclude that sea lice found in salmon farms are significantly impacting wild Pacific salmon,” Butterworth said.

View a video on the sea lice research here 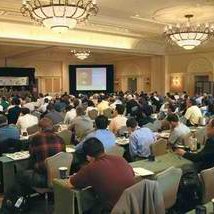