IFIF elects Chairman and Board of Directors for 2020-2021

Daniel Bercovici was re-elected as IFIF chairman for the 2020-2021 term of office at IFIF’s 32nd General Assembly.

Daniel Bercovici was re-elected as International Feed Industry Federation (IFIF) chairman for the 2020-2021 term of office at IFIF’s 32nd General Assembly. Delegates recognized Bercovici’s successful leadership since 2018 under which IFIF experienced strong growth in strategic projects and deeper relationships with international stakeholders while attracting a range of new members from across the globe.

Bercovici, on accepting his second term as Chairman, thanked delegates for their trust, as well as “all IFIF Members for their contributions to our success over the last two years, which strengthens IFIF as the voice of the global feed industry as an essential participant in the food chain that provides sustainable, safe, nutritious and affordable food for a growing world population.”

Bercovici added that “through our efforts and partnerships we have positively impacted the environmental footprint, the international regulatory framework, the efficiency and the image of our industry. Looking ahead, we will continue our clear focus on IFIF’s three strategic pillars, including regulatory to promote a balanced regulatory framework and support the dynamic pace of innovation, sustainability with science-based standards to contribute to the measurement and management of the feed and livestock sector footprint, as well as education & best practices, including such key initiatives as IFIF’s e-learning feed safety program as well as the International Feed Regulators Meeting (IFRM).

He added that “as we work together with our partners and stakeholders, IFIF will continue to champion science-based decisions, the need for continued innovation and better technologies, as well as regulatory convergence and free and fair trade.”

Reinder Sijtsma was re-elected as IFIF Treasurer and the following representatives and organizations to the IFIF Board of Directors for the 2020-2021 term: 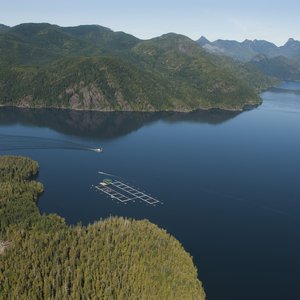