Indian aquafeed prices expected to increase due to tax on fishmeal

The GST tax will be applied to fishmeal starting from October 1 with an expected increase in aquafeed price.

The Indian fishmeal industry was finally exempted from GST tax from July 1, 2017 to September 30, 2019. After almost a two-month strike, the industry got a relief. But in the beginning of October, the tax will be applied with an expected increase in aquafeed price.

“The shrimp feed prices could increase by 4% in the short term if fishmeal comes under GST from October as it is the main raw material for the feed. This will hit the feed factories as the industry is working in an intensely competitive high-volume, low-margin segment,’’ said PS Narendra, executive director of Growell Processors to local news.

“We are thankful to the PM and the government for acceding to our demand. But it would have been better if a complete exemption was given as taxing fishmeal will affect the income of fishermen and the aquafeed price,’’ said Dawood Sait, secretary of All India Fishmeal & Oil Manufacturers and Merchants Association. 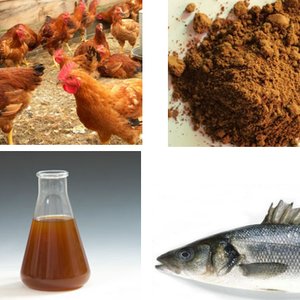 Are processed animal by-products a sustainable source of fish feeds?