The decision comes after similar moves by a number of other European supermarkets, including Supermarché Match in France which has recently introduced algae-fed salmon and trout.

German retailer Kaufland has become the first retailer in Germany to introduce salmon rich in omega-3 fatty acids EPA and DHA. The salmon, which will be available under Kaufland’s own brand K-Blue Bay on February 27, has been fed a diet containing natural marine algal oil by Veramaris.

“Kaufland’s decision to introduce salmon fed on Veramaris’ algal oil comes quickly after similar moves by a number of other European supermarkets, including Supermarché Match in France, which has introduced salmon and, just recently, also trout raised on a diet including Veramaris,” Gaëlle Husser, global business development director at Veramaris, said. Veramaris has been fundamental in initiating the dialogue with all partners along the value chain.

“In France, Match saw a 12% growth in its salmon category following the introduction of the sustainable salmon, a clear indication that consumers are demanding fish that are nutritionally superior and sustainably raised,” Husser continued.

Andreas Schopper, head of purchasing at Kaufland Germany, said that “our common goal with Veramaris is to reduce the amount of wild fish used in feed to less than one kilogram for the production of one kilogram of salmon.”

Veramaris has developed a unique natural marine algal oil for farmed fish diets - the only product in the world of its kind - which can increase the levels of both of the two essential omega-3 fatty acids EPA and DHA in fish, while at the same time reducing the Forage Fish Dependency Ratio (FDDR).

Consumers in Germany will be able to buy the sustainable K-Blue Bay salmon in Kaufland stores starting on February 27, 2020. 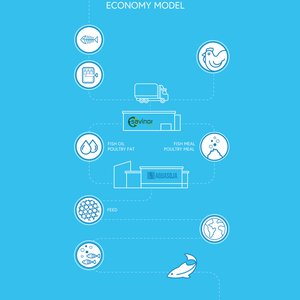 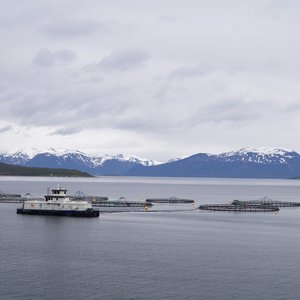 Can microalgae be utilized in plant-based feeds for Atlantic salmon?