The fishmeal used by Aquasoja comes from the transformation of co-products from the local canning industry following the company’s business model based on a circular economy.

Aquasoja aquaculture feeds, produced by Soja de Portugal Group, are developed and optimized according to principles of sustainability, safety, productive efficiency and animal welfare. Soja de Portugal Group, one of the most important poultry meat producers and processors in the Iberian Peninsula, bases its entire business model on circular economy processes, thus privileging the minimization of waste and maximizing the use of local resources with the consequent contribution to reducing the carbon footprint of its activity. This innovative way of acting is an advantage so that the company can control the origin of animal raw materials, allowing for increased control and, consequently, food security; distance to production facilities (the use of local ingredients, requires less transport, less energy consumption and, ultimately, a reduction in the carbon footprint); quantity, avoiding waste; and price, being more competitive.

Since its inception, Aquasoja has invested in the development of formulas whose consumption of ingredients from fish and land animals are higher than the consumption of vegetable raw materials. This option is justified by the options already mentioned, but not exclusively. Historically, fishmeal has been the main protein source of feed for most farmed species of fish and crustaceans. This happened due to its great availability, but above all due to the excellent zootechnical results obtained, as a result of the nutritional composition. Fishmeal has a balanced content of amino acids and other nutrients when compared to protein sources of plant origin, which are generally limited in some essential amino acids and rich in anti-nutritional factors, with consequent negative effects on the growth of animals. The protein found in fishmeal has a high biological value for monogastric animals with a high content of essential amino acids. In addition, this food also has a good content of unsaturated fatty acids and a high content of minerals (mainly available phosphorus or selenium) and vitamins (A, D or B complex). However, these meals are mostly from fish caught for this purpose, edible and non-edible finite wild resources. The availability of wild fish worldwide is not expected to increase in the coming years, which limits the availability of fishmeal. In fact, the numbers have shown that the increase in the availability of fish will only be possible with sustained growth in aquaculture.

On the other hand, it is commonplace that most of the fish consumed in the world reach the consumer after having undergone some type of transformation. Consequently, huge quantities of byproducts are also available which can be reintegrated into the food chain. Traditionally, these co-products have been little (or not at all) valued and processed inappropriately, generating meals of very low nutritional value. Given the importance that fishmeal from co-products will have in the future, optimizing collection and processing, with the consequent increase in quality, is of ultimate importance. As of today, only 33% of fishmeal produced annually originates from co-products generated from fish processing.

In this sense, and due to its circular economy model, the fishmeal used by Aquasoja comes essentially from the transformation of co-products from the canning industry. These co-products, produced locally and processed correctly, have excellent nutritional quality and are economically interesting. And more important, as they did not originate from fish that were caught to render into meals and oils, they serve twice the purpose of feeding the population, once a part of it is directly consumed and the incorporated as fishmeal and fish oil in the diet of farmed fish, indirectly generating more fish for human consumption.

"Aquasoja's goal is thus to contribute to a more sustainable world, developing “net” fish-producing feeds capable of meeting the needs of its customers," the company said. 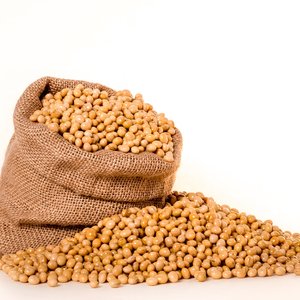