We need to design systems that utilize sunlight for primary production in the upper plankton layers of the oceans through production of feeds through phytoplankton, micro- and macro-algae, zooplankton and marine bacteria.

Aquaculture needs to reduce and eventually eliminate its reliance on terrestrial agriculture for a large part of its feed. The general state of terrestrial soils is poor and these are essentially resources that can be used to feed humans beings.

"We need to design systems that utilize sunlight for primary production in the upper plankton layers of the oceans through production of feeds through phytoplankton, micro- and macro-algae, zooplankton and marine bacteria", said Árni M. Mathiesen, Assistant Director-General, FAO Fisheries and Aquaculture Department. Addressing delegates at the 40-year anniversary of Aqua-Nor in Trondheim, Norway, Mr. Mathiesen pointed out the vast potential of the oceans and fresh water bodies, which cover more than two thirds of the Globe.

"Secondly, we need to move down the marine food pyramid, for energy efficiency, and come closer to the terrestrial food pyramid in this respect and concentrate more on low-input systems and herbivorous species", he said, noting that we should even consider non-fed systems that provide additional environmental services, in favour of our present preference for top carnivorous, "wolf" eaters, at the top of the pyramid. "If we do these two things, we will have come a long way towards meeting the third challenge of reducing the practice of feeding fish to fish, and not use high quality protein to produce high quality protein".

Acknowledging that these are not easy things to do, he said looking back and observing the innovations and the advances that have been made, even just in his own lifetime, he was confident they could be achieved. "There is however, more urgency than before. More people are hungry in this world today than just a few years ago and dreaded environmental changes arebecoming all too obvious". 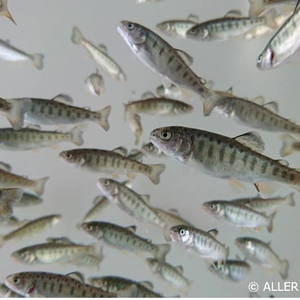