Target has announced that it has eliminated all farmed salmon from its fresh, frozen, and smoked seafood offerings in Target stores nationwide; Greenpeace applauds decision

U.S. retailer Target has announced that it has eliminated all farmed salmon from its fresh, frozen, and smoked seafood offerings in Target stores nationwide. This announcement includes Target owned brands – Archer Farms and Market Pantry – and national brands.  All salmon sold under Target owned brands will now be wild-caught Alaskan salmon.  Additionally, sushi featuring farm-raised salmon will complete its transition to wild-caught salmon by the end of 2010.  In consultation with the Monterey Bay Aquarium, Target said it is taking this step "to ensure that its salmon offerings are sourced in a sustainable way that helps to preserve abundance, species health and doesn’t harm local habitats".

In a press release, Target said many salmon farms impact the environment in numerous ways – pollution, chemicals, parasites and non-native farmed fish that escape from salmon farms all affect the natural habitat and the native salmon in the surrounding areas.  Wild-caught salmon from Alaska is considered a "Best Choice" by the Monterey Bay Aquarium and is certified as sustainable to the standard of the Marine Stewardship Council (MSC) 1.  Alaskan salmon is among the most intensively managed species in the world, with excellent monitoring of both the fish populations and the fishery".

“Target strives to be a responsible steward of the environment, while also providing our guests with the highest-quality food choices,” said Greg Duppler, senior vice president, merchandising, Target.  “Our guests now have an array of sustainable seafood choices at great prices.”

“Target’s decision to source sustainable wild-caught salmon, instead of farmed, will have a real impact in the marketplace – and ultimately, on the health of our oceans,” said Julie Packard, executive director of the Monterey Bay Aquarium.  “Increasing the demand for seafood from ocean-friendly sources, like this Monterey Bay Aquarium ‘Best Choice,’ charts us on a course not only to protect our oceans, but to improve fishing and fish-farming practices around the world.”

“Greenpeace applauds Target's decision to replace farmed salmon with wild Alaskan salmon, a relatively sustainable and healthy product, throughout its operations,” said Casson Trenor, Greenpeace’s senior markets campaigner.  “The company’s decision to address this issue represents an incredible willingness to challenge old paradigms in favor of sound science and environmental preservation, as well as provide real market value to its guests.  We have no doubt that the leadership by Target will set a new standard for the seafood industry; one we hope is echoed by other retailers.” 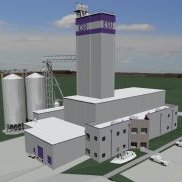