Revenue from its Skretting fish feed was 17.9% higher than in the 1st quarter of 2010 at EUR 261.8 million. The volume was stable, with an increase in feed for non-salmonid species

Nutreco reports revenue in the 1st quarter 2011 amounted to EUR 1,239.2 million, an increase of 15.5% compared to Q1 2010. Volumes accounted for 1.0%, while the price effects were 12.3%, mainly related to passing on higher raw material prices. The contribution of acquisitions was 0.4% related to the acquisition of the fish feed activities in Vietnam. The foreign exchange effect was 1.8%. Based on current trading conditions, Nutreco expects the EBITA before exceptional items for the 1st half of 2011 to be in line with the first half year of 2010, which was EUR 84.0 million.

Revenue from its Skretting fish feed division was 17.9% higher than in the 1st quarter of 2010 at EUR 261.8 million. The volume was stable, with an increase in feed for non-salmonid species. The price effect was 12.5% and the foreign exchange impact 3.6%. The contribution of acquisitions was 2.0% relating to the acquisition of the fish feed activities in Vietnam, of which the integration proceeds according to plan. The operating result in Q1 was up from the same quarter of 2010. The Q1 result normally makes up approximately 10% of the annual result due to the low consumption of salmon feed in this quarter. The majority of the result in Fish Feed is traditionally made in the 2nd half of the year.

Wout Dekker, Nutreco CEO: "The animal nutrition and fish feed producers are faced with strongly increased raw material prices, which was the main driver for the 15.5% increase in revenue compared to the same period in 2010. The operational results showed a strong performance in Fish Feed and a moderate start in Premix and Feed Specialties. The result in the segment Meat and Other was below last year's due to the higher input prices, while Compound Feed Europe and Animal Nutrition Canada performed on balance in line with last year.

Nutreco's strategy is to achieve further growth of its animal nutrition and fish feed businesses by:
• Capitalising on leading fish feed positions and diversifying by expanding in new regions and into feed for other species and shrimp. This includes Asia and Latin America;
• Proactively pursuing significant positions in agri focus markets China, Brazil and Russia;
• Developing sustainable businesses in agri home markets Western-Europe and North-America;
• Further development of feed additives activities by innovation and acquisitions.
Nutreco will publish its 1st half year results 2011 on 28 July 2011.

Nutreco employs over 10,000 people in 30 countries, with sales in 80 countries. Nutreco is listed on the NYSE Euronext stock exchange in Amsterdam and with annual revenues of EUR 4.9 billion in 2010. 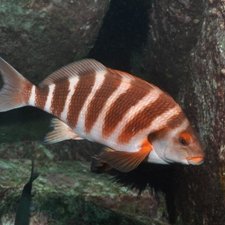