Nutreco aims at further growth in markets for non-salmonid species to a share of 45% of fish feed revenues in 2016 and announces a second phase of investment in extra production capacity of the aquafeed plant in Averøy Norway, totaling EUR 66 million

Nutreco aims at further growth in markets for non-salmonid species to a share of 45% of fish feed revenues in 2016 and announces a second phase of investment in extra production capacity of the aquafeed plant in Averøy Norway, totaling EUR 66 million.

Nutreco’s ambition builds on its existing strategy to grow and improve profitability by innovative and sustainable applications for its customers. This will be realized by focusing on premix, feed specialties and fish feed and by expanding into the growth geographies of Latin America, Russia, China and South East Asia, which will see the greatest increases in both production and consumption of animal protein food products.

In October this year the United Nations announced the global population is now seven billion. It was a sharp reminder of the task ahead for everyone occupied in producing food: how to feed nine billion people sustainably by 2050. Rising incomes in the growth regions of Latin America, Russia, China and South East Asia add to the challenge as people switch to protein rich foods such as meat, fish, milk and eggs. The production of such food products in these regions will increase in line with demand.

Globally, animal protein consumption is expected to reach 465 million tonnes of meat and more than one billion tonnes of milk by 2050. These trends place Nutreco at an essential link in the feed-to-food value chain, the company announced in a press release.

The expertise of Nutreco is to convert low value raw materials into safe, nutritious feed for animals and to develop models and management insights that enable farmers to be more productive while reducing environmental impact. The drive to greater efficiency in feeds, with attention to ecology and to the economics of farming, is inherent in the name Nutreco. Chosen in 1994 when the company was formed, it stands for nutrition, ecology and economy.

“Recently we refined our focus into three words: Feeding the Future. This is the essence of Nutreco, addressing the challenge of feeding the world sustainably in 2050. We organize international Agri Vision and AquaVision conferences each year, bringing multiple stakeholders together to discuss challenges and opportunities in agriculture and aquaculture. Our world-class R&D teams uncover new knowledge and concepts to raise productivity sustainably. Specialists commercialize them and take them to market. Throughout, sustainability is a priority. We need to double food production and do so sustainably: doubling production while halving the footprint.

Wout Dekker, CEO Nutreco said: “Nutreco has the ambition to become the global leader in animal nutrition and fish feed delivering innovative and sustainable nutritional solutions. By innovating and applying our knowledge of feed ingredients and nutritional solutions for animals and fish, we want to create value for all our stakeholders.

“We are confident of delivering on our target to double the 2006 EBITA of our current business to at least EUR 230 million in 2011. Today, we announce our strategic ambition for the coming five years which is expected to result in a further increase of EBITA to EUR 400 million in 2016.

With a strong market position, recent investments in Norway and Australia in new production capacity, and with Skretting Aquaculture Research Centre (ARC) generating new knowledge since 1989, Skretting is well positioned to continue supplying customers with its strong value proposition.

Skretting is investing EUR 39 million in the second phase of the extension of the production capacity of its fish feed plant in Averøy, Norway. This investment follows the EUR 27 million upgrade and expansion of the Averøy plant that was announced in April 2011 and brings the total investment to EUR 66 million. The main capacity expansion will be ready for the 2013 high season and will enable Skretting to meet future market demand for high quality feed for salmon and to maintain its market leader position in Norway. The Norwegian fish feed market has grown by an average of 8% a year from 2006 to 2010.

The research projects of ARC are integrated in Skretting’s business with recently developed solutions such as MicroBalance™, a concept to reduce fishmeal in fish diets, and Protec, innovative health diets. Demand for healthy food, further growth and industrialization of aquaculture, in conjunction with limited natural resources and our commitment to sustainability, will drive future needs for innovations.

Skretting will grow its feed business for non-salmonid species to 45% of total fish feed revenues (2010:28%) by expanding its presence in China, South East Asia and Latin America and further spreading the species portfolio.

Skretting will expand its recently acquired fish feed activities in China and Vietnam, the world’s number 1 and 3 aquaculture feed markets. Strong market growth in China, which amounted to 10% per annum over the past five years, is expected to continue supported by strong domestic demand for seafood. In October this year, Skretting completed the acquisition, with the full support of the Chinese government, of Shihai, a reputable and profitable fish and shrimp feed company in China. A new Skretting ARC is being established in China to support the growing needs for more sustainable feed for sub-tropical fish species and shrimp.

Skretting will further continue to expand its business in countries such as Brazil, with strong fundamentals for farmed shrimp, tilapia and other species.

With Skretting’s global presence, the strong brand and the strategy towards 2016, we will continue to take the lead in driving the Blue Revolution to meet the world’s increasing demand for healthy fish as food.

Based on performance to date, we expect full year 2011 EBITA before exceptional items of our current business of at least EUR 230 million. In the second half year we expect excellent results in Fish feed and the total of our other activities to be in line with last year or slightly higher.

Nutreco’s ambition for 2016 is to further increase EBITA to EUR 400 million. This increase will be driven by a substantial increase of EBITA from Premix and feed specialties and Fish feed and will increase the EBITA margin of the group to 5-6%.

The portfolio of the activities will further shift towards growth geographies such as Latin America, Russia, China and South East Asia, with the effect that over half of the operating result of Premix and feed specialties will be contributed from these markets. In Fish feed, the business composition will further shift to feed for non-salmonid species resulting in a share of 45% of fish feed revenues.  With a strong balance sheet and remaining financially disciplined, Nutreco is well positioned to execute its strategic ambitions and to accelerate its M&A approach. 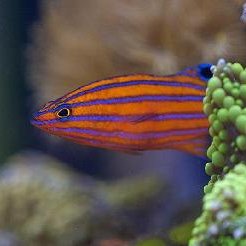 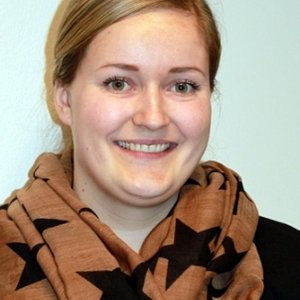