The bioactive fatty acid Tetradecylthioacetic acid (TTA) in fish feed can have an extremely positive effect on fish health. A fresh doctoral thesis points to the fact that it has a similar effect on the heart as exercise\r\n

Fabian Grammes at Nofima has studied the use of TTA in feed for Atlantic salmon smolt in sea cages. Trials during a natural outbreak of heart and skeletal muscle inflammation (HSMI) showed a significantly lower mortality rate of Atlantic salmon that were fed the TTA supplemented diet than salmon which were not.

Good for stressed fish
Grammes studied genetic expression in heart samples of Atlantic salmon unaffected by viral diseases, and these results confirm the profound effects of TTA in the trials involving exposure to HSMI.

“The hearts had increased metabolism, increased growth and an increased ability to contract,” says Grammes. “The increased cardiac performance that we found for TTA-fed fish indicates significant benefits for farmed salmon in stressful situations.”

Immune stimulation
Laboratory studies of macrophage cells (macrophages are cells which can both increase and reduce inflammation) from the kidneys support the fish trials that point to the fact that TTA has a positive effect on the immune system. These results can explain the reduced mortality in the trial involving the HSMI outbreak. The scientists also tested the immune cells with an artificial virus and found that TTA has a positive effect.

“TTA can help us to understand how functional feed can influence fish health,” says Grammes.

Fabian Grammes  is from Berlin. His earlier education is from Freie Universität Berlin and Max Planck Institute for Molecular Genetics. Dr. Harald Takle from Nofima is his academic supervisor for the PhD project, which is entitled “Cardiac and immune modulatory effects of tetradecylthioacetic acid (TTA) in Atlantic salmon (Salmo salar L.)”. Grammes will present his Doctoral thesis at the Norwegian University of Life Sciences (UMB) in Ås on May 27. He can be contacted by email for more information.

This research is financed by the Research Council of Norway.

TTA (Tetradecylthioacetic acid)
•is a bioactive fatty acid, which has an effect on several biological processes, including metabolism and inflammatory reactions
•a lot of research is carried out on TTA in mammals and human beings
•intake of high concentrations of TTA may be harmful
•TTA is not currently approved as an ingredient in feeds for animals

How safe are genetically modified plants in fish feed? 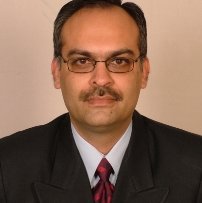