At an event coinciding with the Norway - Canada Olympic hockey game, members of the Pure Salmon Campaign and several of British Columbia's First Nations chiefs called for the removal of Norwegian-owned salmon farms from Canadian waters

At an event coinciding with the Norway - Canada Olympic hockey game, members of the Pure Salmon Campaign and several of British Columbia's First Nations chiefs called for the removal of Norwegian-owned salmon farms from Canadian waters. They claim open-net pens "continue to degrade regional marine ecosystems".

Norwegian firms such as Marine Harvest and Cermaq dominate world production of farmed salmon and operate in British Columbia. The Pure Salmon Campaign recently sent a petition with more than 12,000 signatures to the CEOs of both companies demanding "adoption of more environmentally-friendly salmon farming practices".

The Pure Salmon Campaign and its allies delivered a letter to Norway's King Harald at the Norwegian Consulate in Vancouver. The letter asks the king to "protect Norway's reputation as an environmental leader by relocating those salmon farms that threaten wild salmon populations".

"More than 170 people from Canada, Chile, Scotland, Ireland, Germany and Norway are appealing to the King of Norway to help stop the killing of wild fish by Norwegian-owned salmon farms," said Don Staniford, Global Coordinator, Pure Salmon Campaign. "We hope that King Harald,who will be attending the Olympics as a spectator, can take the time to persuade Norwegian companies to move farms out of the path of migrating wild salmon and invest in technology, such as closed containment systems, to protect wild fish from sea lice, mass escapes and infectious diseases."

"Norwegian-owned salmon farms operating in our traditional territorial waters are killing wild salmon and strangling the lifeblood of our whole culture," said Chief Bob Chamberlin, Chairman of the Musgamagw-Tsawataineuk Tribal Council. "There are 29 fish farm tenures in the territory of the Musgamagw-Tsawataineuk and these operations are in opposition to the Government of Norway's support of the UN Declaration on the Rights of Indigenous People. Norway is a proud nation, but Norwegian salmon farming companies are bringing Norway into international disrepute."

A 29-hour fast, to draw attention to how governments and industry have interacted with First Nations on salmon farming, was held at the Union of British Columbia Indian Chiefs (UBCIC) office in Vancouver. Each hour represented one of the 29 fish farm tenures in the territory of the Musgamagw-Tsawataineuk. According to the UBCIC Web site, the Canadian Ministry of Environment, Lands and Parks grants tenure on aquatic lands for fish farms (including waste discharge permits). These permits can be for up to 30 years.

Pure Salmon Campaign is hosting a video produced by Canadian filmmaker Damien Gillis "Farmed Salmon Exposed: The Global Reach of the Norwegian Salmon Farming Industry" which can be watched in full at www.puresalmon.org and at www.farmedsalmonexposed.org.

The film shows the far-reaching impact of Norwegian salmon farming operations in British Columbia and Chile. "Farmed Salmon Exposed" has been accepted to the Delray Beach Film Festival and the Environmental Film Festival in the Nation's Capital. The film has been praised by Jean-Michel Cousteau and University of British Columbia professor Daniel Pauly.

To view the petition to Marine Harvest and Cermaq, go to http://www.thepetitionsite.com/takeaction/674505931.

The Pure Salmon Campaign is a global project with partners in the United States, Canada, Europe, Australia and Chile all working to improve the way salmon is produced.
To learn more about the activities of this group, go to www.puresalmon.org and http://www.farmedsalmonexposed.org 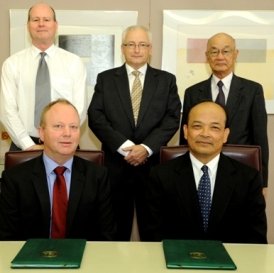 Fish For Our Future