Over the next few days 120,000 snapper fingerlings will be released into Tasman Bay, providing a welcome boost to snapper stocks for the inshore recreational and commercial fisheries.

The fingerlings, which are between two and six centimetres long, have been reared by Crop & Food Research fish scientists. Research leader Alistair Jerrett says the original goal was to raise snapper for use in their research for the seafood industry.

“But we’ve been so successful that we have many thousands more than we need. Not only are a number of businesses now interested in our ability to raise fish, but it provides an excellent way to enhance the snapper fishery in the area,” Mr Jerrett says.

Snapper are a very good experimental fish for post-harvest seafood research programmes. “We’re working with the seafood industry to develop technologies and systems which enable companies to maximise the value from every fish caught,” he says.

“That includes understanding much more about the changes which go on in fish after harvest so the industry can provide consumers, both here and overseas, with the very best quality seafoods.”

The success of the rearing programme means that that the research tanks are crowded.  Jerrett says while approximately 130,000 of the fingerlings have been released into Tasman Bay, he hopes a further 30 to 40,000 will also be released in the Marlborough Sounds.

Scientists successfully reared snapper last year and these were transferred into sea cages in the Marlborough Sounds and released earlier this year. These were among the first to join the wild fishery.

The parents of the fingerlings this year were 12 large tank-dwelling Tasman Bay snapper, Getting snapper to breed in captivity has been an exacting task for Jerrett and his team. First they had to learn how to grow snapper food – algae and plankton – and then they harvested snapper spawn from the tanks.

While the textbooks say it is difficult to get wild snapper to spawn in captivity, Jerrett has not found this to be the case. “The parents, some of which have been held at the Nelson laboratory for nine years, must be pretty comfortable in our tanks. We spoil them a bit though.”

Jerrett is enthusiastic about the potential their new snapper-raising skills have to revitalise the inshore snapper fishery. “What we’d love to do is play a part in bringing back the good old days of snapper fishing in Tasman and Nelson Bays.

“When released, these fish and subsequent generations represent the first steps towards boosting the inshore and recreational fishery.”

Fishing industry representatives from the Challenger Finfisheries Management Company and Port Nelson Fishermens’ Association visited Crop & Food Research this week. The Mayors of Nelson and Tasman have also been in for a look.

“The industry is very enthusiastic about what we are doing and its potential to enhance the local recreational and commercial fishery,” Jerrett says. 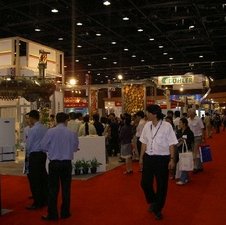