The International Fishmeal and Fish Oil Organisation (IFFO) has responded robustly to comments from Professor Rosamond Naylor, senior author, when launching a new report financed by the Packard Foundation. (See: Half of the fish consumed globally is now raised on farms, study finds). She said: ‘expanding aquaculture is putting a lot of pressure on marine fisheries’ and ‘it can take up to five pounds of wild fish to produce one pound of salmon’.

“It is very disappointing to see the important discussion about how finite supplies of fishmeal and fish oil are best used is again being distorted by the erroneous five-to-one statement,” said Andrew Jackson
Technical Director of IFFO.

“In fact it takes less than two pounds of wild feed fish to produce one pound of salmon and, globally, fed aquaculture uses just half a tonne of wild fish for each tonne of farmed seafood produced. In short, fed aquaculture produces twice as much fish as it uses. There is now also independent confirmation that 25%, and rising, of the raw material used to produce fishmeal and fish oil is recycled trimmings from fish processing – which would otherwise have to be disposed of at high environmental or financial cost.

“Fishmeal and fish oil are recognised as the Rolls Royce of feed ingredients and the natural diet of much farmed fish and seafood. They will continue to be used strategically at key growth stages where they offer most benefits to the growing livestock. In other words fish farmers are already making sure that they optimise the nutritional, health & welfare ‘bang they get for their buck’ (to use Ms Naylor’s phrase) spent on fishmeal and fish oil,” he said.

“As to pressure on marine resources, the authors’ comments imply that the ‘huge expansion of aquaculture’ is resulting in an ongoing and proportionate increase in use of fish oil. In fact, use of fish oil in aquaculture feed has levelled off since 2000, which totally undermines their case. This levelling reflects the more strategic use of fish oil and the use of a significant proportion of plant oil – a fact of which Naylor seems unaware.

“Ms Naylor calls for feed fisheries management to be addressed. Responsible and sustainable management of these fisheries is already being addressed vigorously and scientifically by government, marine research institutes and the commercial companies whose business depends on maintaining healthy fish stocks,” said Dr Jackson.

A recent University of British Columbia study ranked 53 countries by sustainability of their fisheries. Peru, where the anchovy fishery is the world’s largest fishery and the source of 30% of the world’s fishmeal, came top. On its part, IFFO is implementing a third-party audited business-to-business Global Standard for Responsible Supply (RS) covering sourcing, traceability and safety - with multi-stakeholder guidance, including NGO and supermarket representation. 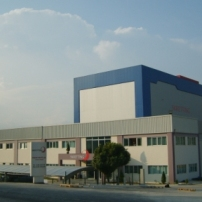