Substances in fish feature prominently in the 2004 annual report on the functioning of the EU Rapid Alert System for Food and Feed, just published

The annual report on the functioning of the Rapid Alert System for Food and Feed (RASFF) in 2004 has been published by the European Commission. The 38-page report starts with a brief description of the RASFF system and its procedures, and continues by highlighting some of the RASFF findings that were of particular interest in 2004.

Substances in fish feature prominently in the report and the document outlines the situation with regard to last year’s notifications on cadmium and mercury in swordfish and cephalopods, sulphites in shrimps, histamine in tuna, anisakis in fresh fish and Listeria in fishery products.

The report says that notifications for feed in 2004 made up 2.5% of all RASFF notifications, although this figure is down on previous years. For each issue dealt with, there is a summary of what was communicated to the RASFF in 2004, along with the measures that were taken and/or envisaged in the EU.

The second part of the report provides detailed statistics that enable the reader to get a picture of the kind of information circulated in the RASFF, for example the kinds of hazards that were notified, and the products and countries concerned.

Click here to read the full report in PDF format. 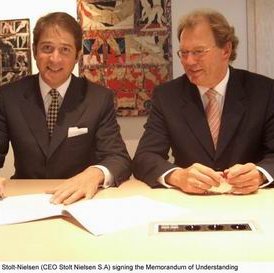