Silkworm protein to be authorized in aquafeeds in the EU

The use of processed animal proteins derived from silkworm (Bombyx mori) will be authorized in aquaculture feed by the end of 2021.

According to the text of the draft Commission Implementing Regulation voted by Member States’ delegates in the EU Standing Committee on Plants, Animals, Food and Feed on May 25, 2021, the use of processed animal proteins (PAPs) derived from silkworm (Bombyx mori) will be authorized in aquaculture feed by the end of the year in the EU, confirmed Constantin Muraru, communication and research manager at the International Platform of Insects for Food and Feed (IPIFF), to Aquafeed.com. This approval is part of the same regulatory package with the setting of EU baseline standards for insect frass as fertilizer, as part of the EU legislation on animal byproducts.

There have been a couple of recent studies on the use of Bombyx mori in animal feed (e.g. shrimp, sea bream, poultry, etc), evaluating the partial replacement of the main protein-rich ingredient used in animal feed (e.g. fishmeal, products of vegetal origin, etc.). For example, when it comes to the use of silkworm-derived ingredients in shrimp feed, beneficial impacts were noted on diet digestibility, antioxidant capacity and molting time (Rahimnejad et al., 2019).

“Depending on the target animal and the characteristics of the animal feed products, it is possible that silkworm PAPs may be used in combination with other protein-rich feed ingredients, as well as other insect PAPs (e.g. black soldier fly, yellow mealworm, etc.),” Muraru said.

Almost four years after the authorization of insect PAPs in aquaculture feed, insect-derived aquafeed products are already a business reality. Several products developed by leading aquafeed developers are already on the market, while in some EU countries, insect-derived fish may also be found in supermarkets.

“Driven by growing consumer interest in sustainable food products, we expect that the growth of EU aquaculture will lead to a growing demand for insect-derived ingredients. Such trends are also supported by EU flagship initiatives - notably, the Strategic Guidelines for EU Aquaculture launched in May 2021 explicitly mentions that the use of alternative feed ingredients, such as insects, may contribute to sustainable feed systems, strengthening circularity and ‘ensuring the health and welfare of the animals.’ The use of insects in the diets of aquaculture species is also aligned with the EU Farm to Fork (which aims at ‘fostering EU-grown plant proteins as well as alternative feed materials such as insects, marine feedstocks (e.g. algae)’) and its EU Organic Action Plan - which echoes the target of the Farm to Fork on achieving a significant increase in organic aquaculture by 2030,” Christophe Derrien, IPIFF Secretary-General said.

Other insect species with potential used in aquafeeds

The existing scientific literature shows that farmed insects entail low pathogen risks for food and feed applications. Notably, the opinion conducted by the European Food Safety Authority (EFSA) in 2015 indicated that “insects carry no additional biological or chemical risks compared to other protein sources of animal origin when fed with currently allowed feed materials in the EU” (i.e. vegetal based substrates, former foodstuffs containing such materials or animal-based products such as milk, eggs, honey rendered fats, blood or fishmeal).

“Presently, the PAPs from seven out of the twelve species evaluated by EFSA in 2015 are authorized in animal feed. However, not every insect species is suitable for insect farming. The species authorized at the moment are known to be safe because they are not a vector of diseases or viruses and they are also not invasive,” Derrien said.

“Like any other animal farm, IBOs are registered before their national competent authority, which can undergo inspections to ensure that good farming practices are properly implemented in accordance with the European or national legislation (Regulation (EU) No 1143/2014 restricts the insect species that are eligible for farming purposes by establishing a list of ‘invasive alien species’). The objective of this legislative text is to prevent the introduction in the environment of species that may threaten surrounding biodiversity or ecosystems, in the event of accidental release of farmed insects. Today, the only listed insect species in this legislation – and therefore prohibited – is the Asian predatory wasp Vespa velutina. Yet this list should be updated on a regular basis,” Derrien concluded. 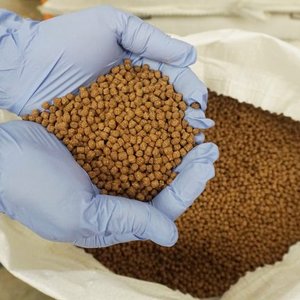 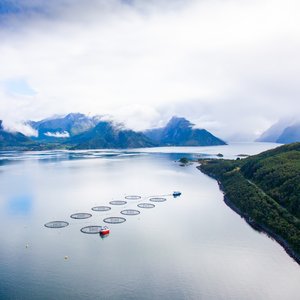