The Danish fish feed company will produce SuperSmolt FeedOnly for the markets in Denmark and China.

STIM signed a license agreement with Aller Aqua to produce SuperSmolt FeedOnly for the markets in Denmark and China.

SuperSmolt FeedOnly differs from traditional “salt feeds” and other acclimation strategies by offering a true smoltification before sea transfer. The fish will not desmoltify but can rather be fixed in the smolt window almost indefinitely. This makes it easy to synchronize the fish group so that every fish has solid seawater tolerance at the time of transfer, STIM said. Since its launch in 2015, SuperSmolt FeedOnly has contributed to significant improvement of fish welfare and growth performance and a similar reduction in mortality during the critical first period after sea transfer.

“This technology will be equally beneficial in salmon production anywhere in the world, also as part of the ongoing shift towards fish spending more of its life in closed freshwater systems. The combination of stimulating the brain through the amino acid tryptophan and added ions in our feed enables the production of a much larger smolt either completely, without or with only minimal amounts of added seawater. This is a huge advantage,” said STIM CEO, Jim-Roger Nordly.

STIM is now working on similar licensing agreements for other markets. “Licencing this production makes sense, both in terms of environmental considerations, costs, and the general availability of the product. Aller Aqua is a professional and capable partner who can benefit us also in other ways, such as in the production of ecological fish feed, which is something we cannot offer ourselves currently,” said Nordly. In Norway, SuperSmolt FeedOnly is produced by STIM sister company, Polarfeed.

Aller Aqua looks forward to being able to offer SuperSmolt FeedOnly to customers in new markets. “This is a ground-breaking and well-documented feeding concept that we together with STIM are immensely proud to offer to our customers. It provides salmon producers around the world new flexibility,” said Anders Carøe Bylling, group vice president of Aller Aqua.

The company's Chinese sales director, Wang Xiaojie, believes the smoltification concept will play an important part in the growing Chinese salmon industry. “The Chinese market has an urgent need for functional feeds and technical guidance to overcome the obstacles with large quantity production of smolt. The rapidly growing demand for salmonids culture in China requires the right solutions that can also support the transition to a more efficient smoltification. With the SuperSmolt FeedOnly, we have a flexible solution that fits both large- and small-scale productions. It’s available in our functional feeds that we can supply as an important tool for our growing salmonids production sites, Xiaojie concluded. 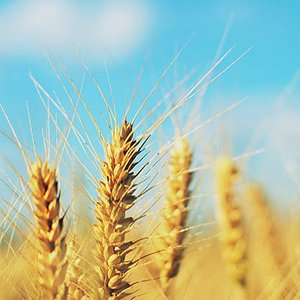 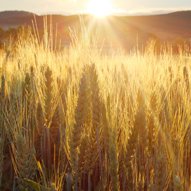