According to a new study, fish farming byproducts have the potential to increase the sustainability of aquaculture, and contribute to other sectors, such as food, diet supplements, animal feed and cosmetics.

Researchers from the University of Stirling’s Institute of Aquaculture found byproducts, such as fish heads, frames, trimmings, skin and organs, are an underutilized resource that could support the sustainable growth of Europe’s aquaculture sector.

As part of the Green Aquaculture Intensification in Europe (GAIN) project, Stirling PhD researcher, Wesley Malcorps, found that a large proportion of commonly farmed species – Atlantic salmon, European seabass, gilthead seabream, common carp and turbot – were being routinely wasted in industrial and household processing. “Although fish byproducts don’t sound appetizing, they are full of goodness and can be used for many purposes, including food supply and diet supplements. Our results show a substantially higher total flesh yield (64-77%) can be achieved if fish are fully processed, compared to fillet only (30-56%), as is often the case,” Malcorps said.

“Heads, frames and trimmings from all species show potential to increase the food supply, in soups or processed foods, such as fish fingers, sauces and fishcakes. They could also be processed into food extracts and nutraceuticals, such as protein powders, fish oil and collagen supplements, potentially producing a higher economic value,” Malcorps said. “Organs can be used in animal feed, as can skin, due to its high protein, low ash content. With their high level of valuable omega-3 fatty acids, feeding byproducts to livestock would also contribute to nutrition in the human food chain, and byproducts can also be used in pet food too.”

More importantly, the current 33% of byproducts that are used in fish feed, such as fishmeal, fish oil and protein hydrolysate, could be increased, which could greatly reduce the environmental impact of aquaculture. “European aquaculture is dependent on imported feed from marine and terrestrial systems, such as fishmeal, oil and soy, particularly for carnivorous species such as salmon. Substituting plant for marine ingredients just shifts the impact from sea to land, and also risks compromising the health and welfare of the cultured animal,” Malcorps said.

The study was overseen by Professor Dave Little, also of the Institute of Aquaculture, who said that “using the whole fish is a key component of the sustainable intensification of seafood. There are issues to address in terms of technology and infrastructure, which would need capital investment to resolve, but our analysis indicates that byproduct separation could add value and nutritional efficiency. It could increase aquaculture’s output without using more resources.” 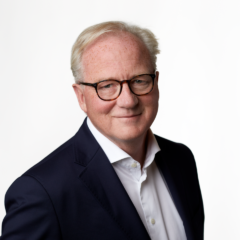 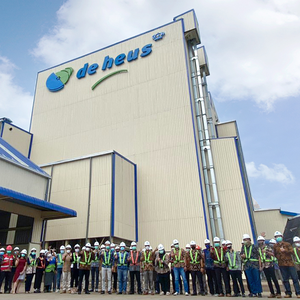