The University of Hawai`i has appointed Dr. Albert G.J. Tacon to identify and coordinate UH programs dealing with aquaculture research and development.

Tacon will lead a new UH system-wide Aquaculture Development and Co-ordination Program that has been dubbed AQUAHANA – A`ohe hana nui ka alu`ia (no task is too big when done together).

“AQUAHANA’s goal is to elevate the university to become a world class aquaculture institution with cutting edge expertise,” Tacon said, “taking advantage of our strengths in research and development, patenting and licensing, and education and training.

“UH already has more than 60 PhD-level faculty and research staff engaged directly or indirectly in aquaculture-related activities. That represents one of the largest groups of professionals within the U.S. and the Western Pacific region in this field,” he added. “The potential for significant contributions to state and regional economies is waiting to be tapped.”

Tacon will report to both the UH system Vice President for Research and to the UH Manoa Vice Chancellor for Research and Graduate Education. Manoa Vice Chancellor Gary Ostrander said, “We are very pleased to be able to attract such a high caliber candidate for this key position. The university’s expertise in ocean sciences is well-known internationally, and we expect Dr. Tacon to add new vitality to our several aquaculture programs with a much more unified approach.”

After receiving his academic degrees at universities in England and Wales, Tacon was a university researcher and lecturer at institutions in England and Scotland. He then worked for the United Nations Food and Agriculture Organization (FAO) in Italy, Brazil and Indonesia, before coming to Hawai`i in 1998.

Tacon was for two years Director and Program Manager of the Aquatic Feeds and Nutrition Program at the Oceanic Institute. He comes to the university from Aquatic Farms, Ltd., a private aquaculture and fisheries consulting company based in Kaneohe. During his time in the islands he has served as affiliate faculty in Food Science and Human Nutrition at UH Manoa College of Tropical Agriculture and Human Resources, UH Hilo College of Agriculture, Forestry and Natural Resources, UH Manoa Hawai`i Institute for Marine Biology, and the UH Sea Grant College Program. 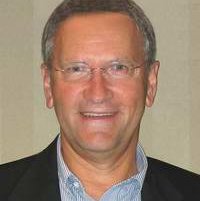