EU animal feed associations showed their concerns on the new strategy and held a joint virtual conference discussing the role of animal nutrition in achieving the goals of the Farm to Fork strategy.

In a joint declaration, the main EU animal feed associations showed their concerns on the new strategy.

“We, the signatories of this declaration, do not have a single doubt that the Farm to Fork strategy with its targets will have a considerable impact on the whole agricultural value chain, from farmers to our food systems and to consumers throughout the Union, but most probably not on the ones initially hoped for or expected,” the statement said.

The signatories are not opposed in essence to the approach proposed within the Farm to Fork strategy or the Green Deal and are open to future debates providing the fact that they are based on clear facts and figures.

“A comprehensive impact assessment would have been the appropriate way to engage in a concrete discussion on the substance of the Farm to Fork strategy. Such a study was promised by Vice-President Frans Timmermans. However, although this was promised on many occasions in line with the principles of “good governance” of the Commission, we now know that such as assessment will not be carried out,” the statement said.

“Individual studies on the different objectives of the strategy are not sufficient. It is only by cumulating and cross-checking the different targets proposed in the strategy that one can realize the real challenges posed by the strategy. In the area of trade policy, the same Commission has had the courage to propose a comprehensive study of the complex cumulative impacts involved in the more than 60 trade agreements signed by the EU. So why shouldn’t this be possible for the Farm to Fork strategy? Why has the US government already conducted a study on our own flagship policy?” signatories said.

“We are asking for the application of three common-sense principles: to have a policy based on concrete data and scientific evidence that is in line with the better regulation principles, not on ideology and political stances; to start talking about concrete tools and technologies capable of creating enthusiasm in our farming community for this political project and finally to have the same level of ambition in the EU internal market vis-à-vis those international trade partners that don’t share the same ambitions,” the statement concluded.

The event was opened by a video statement from European Commissioner for Health and Food Safety, Stella Kyriakides, who stressed the key role of the European feed sector for the achievement of the ambitious goals of the Farm to Fork Strategy, not only in the field of sustainability but also in supporting animal health and welfare through modern and innovative feeding regimes.

In the light of this, Benoit Anquetil, Cargill Animal Nutrition, representing FEFAC and FEFANA at the event, has welcomed the revision of EU feed legislation, action point of the Farm to Fork strategy. A more efficient authorization process would allow innovative ingredients to reach the market in a timelier manner, while uniform rules on claims would allow communicating these science-based benefits to the final users.

FEFAC and FEFANA continue to be fully committed to communicating the fundamental role of animal nutrition in achieving the goals of the Farm to Fork strategy, as well as proactively responding to current societal needs and participating in the EU’s Better Regulation agenda.

The full recording of the event is available here. 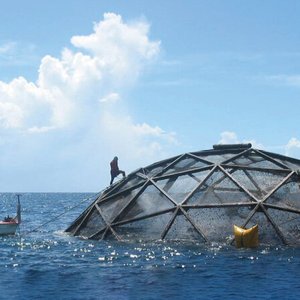 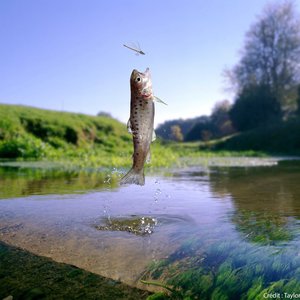 Insect-based aquafeeds don't change the taste of salmon and trout