The Truth About Salmon: What Consumers Need to Know

In January, Science magazine reported on a study that concluded farm raised salmon contain higher levels of PCB's than wild salmon, but this study has since come under fire.  Many food safety experts question the conclusions and remind us that the benefits of eating farmed salmon far outweigh any risks.  Internationally known culinary expert and television personality Graham Kerr and nutritionist Kathleen Zelman offer their perspectives on the issue of salmon safety and urge consumers to consider the tremendous health benefits of salmon.

Transcript of video:
Anchor Lead In:
Recently, a study published in Science magazine brought consumer attention to the level of PCBs in farm raised salmon. Since then, many health experts and nutritionists have spoken out about the relatively low risk of these levels and the positive health benefits of eating salmon and the omega-3 fatty acids that they contain. Brian Baxter has the story.

Reporter:
IN JANUARY, SCIENCE MAGAZINE REPORTED ON A STUDY THAT CONCLUDED FARM RAISED SALMON CONTAIN HIGHER LEVELS OF PCB’s THAN WILD SALMON.  THE STUDY HAS SINCE COME UNDER FIRE.  MANY FOOD SAFETY EXPERTS QUESTION THE CONCLUSIONS AND REMIND US THAT THE BENEFITS OF EATING FARMED SALMON FAR OUTWEIGH THE RISKS. (:18)

Kathleen Zelman, Nutritionist
7:53:34   “PCB’s are environmental contaminants, and they’re everywhere.  They’re in the air that we breathe and a variety of different food substances, from chicken, beef, butter, including both wild and farmed salmon.  And, there have been some recent reports that suggest that the levels were too high in farmed salmon, but it’s important to note that these levels are 1/80th of what the Food and Drug Administration sets as safe and allowable.” (:27)

Reporter:
INTERNATIONALLY KNOWN CULINARY EXPERT AND TELEVISION PERSONALITY GRAHAM KERR HAS BEEN PROMOTING EATING HEALTHY FOODS AND COOKING ONLY THE BEST FOR HIS WIFE FOR THE LAST TWENTY YEARS.  KERR HAS DONE HIS OWN RESEARCH ON FARM RAISED SALMON. (:14)

Graham Kerr, Culinary Expert
8:08:46  “So, I get on the phone and I spend 23 hours speaking to my cohorts.  And, I have about a hundred people that I speak to regularly about this sort of thing, because I want to make sure I do no harm, not only to Treena, but also to the public audience that I cook for.  And, I can’t find anybody who has any reason whatsoever to say there’s a risk factor.  It is so way down on the totem pole that it just doesn’t exist.  So, as far as I’m concerned, it’s a nonstarter.  And, I’m back serving two full servings of salmon to my beloved every week.” (:36)

Reporter:
HEALTH EXPERTS REMIND US THAT HEART DISEASE REMAINS THE NUMBER ONE KILLER IN THE U.S. AND CONTINUE TO RECOMMEND FARM RAISED SALMON AS ONE OF THE MOST EFFECTIVE WAYS TO COMBAT IT. (:10)

Kathleen Zelman, Nutritionist
8:04:36 “The experts are much more concerned about consumers not eating salmon.  The health benefits far outweigh any potential risk of avoiding farmed salmon.  Consumers need to know farmed salmon is safe to eat.  It’s nutritious, it’s good for you, and it could save your life.” (:19)

Reporter:
CURRENTLY, NO EVIDENCE EXISTS THAT LOW LEVELS OF PCB’s ARE HARMFUL TO HUMANS.  IN SPITE OF THIS, SALMON PRODUCERS CONTINUE TO IMPROVE THE QUALITY OF FEED AND TO REMOVE ANY CONTAMINANTS IN THE FOOD SUPPLY CHAIN.  I’M BRIAN BAXTER REPORTING.  (:14) 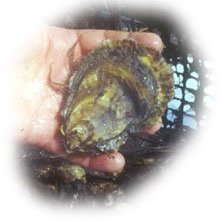