First-ever supermarket ranking identifies best and worst; group notes some progress has been made

In a report released today, "Carting Away the Oceans: How Grocery Stores are Emptying the Seas," Greenpeace claims that most U.S. supermarkets are ignoring scientific warnings about the crisis facing global fisheries and the marine environment when they stock their shelves with seafood. If current trends continue, scientists predict that global fisheries could collapse within the next forty years.

In the first-of-a-kind report, Greenpeace ranks 20 leading supermarket chains in the U.S. on their seafood purchasing practices and policies. The rankings represent a new approach to tackling the fisheries crisis, holding supermarkets, which ring up some $16 billion per year in seafood sales, accountable for their role in supporting "unsustainable fisheries and aquaculture operations".

Overall, supermarkets performed poorly, with even the highest scoring companies receiving just four out of ten possible points. However, the report shows that several large supermarkets are developing comprehensive sustainable seafood policies and are beginning to remove some of the most imperiled species from their shelves.

The top five supermarkets, none of which receive more than four of ten possible points, include: Whole Foods Market, #1; Ahold USA, #2; Harris Teeter, #3; Wegmans, #4; and Wal-Mart, #5. At the bottom of the list are companies that show no evidence of awareness of sustainability issues and the growing consumer preference for sustainable goods. Supervalu#15, Trader Joe's, #16; H.E. Butt, #18; Price Chopper, #19, and Publix #20 are among the worst performing companies in Greenpeace's ranking.

The report used a ten point rating system based on a survey of how it sees supermarkets' seafood procurement policies, support for sustainability initiatives, labeling and transparency, and how many "Red List" products -- 22 of the "world's most destructively fished and farmed species" - they had for sale. For this report, Greenpeace chose 20 national and regional supermarket leaders that fit a range of store categories, including warehouse, conventional and natural/gourmet formats.

To help ensure the long-term sustainability of fisheries and marine ecosystems, Greenpeace believes a comprehensive worldwide network of marine reserves is urgently needed, and fisheries must be managed using a precautionary, ecosystem-based approach. Greenpeace said supermarkets can help support sustainable fisheries by removing the following kinds of seafood from their shelves:

-  Depleted fish stocks, such as bigeye, bluefin, yellowfin, and South Atlantic albacore tunas.
-  Fisheries that jeopardize protected species by taking them as bycatch, such as hoki, or by destroying seafloor habitats, as with bottom      trawling.
-  Vulnerable deep-sea species such as orange roughy and Chilean sea bass.
-  Farmed products that rely on wild-caught fish for feed, those that involve deforestation of coastal mangroves, use antibiotics or pesticides, jeopardize wild populations through escapes or disease, or have negative impacts on coastal communities.

To view the report visit:   www.greenpeace.org/seafood 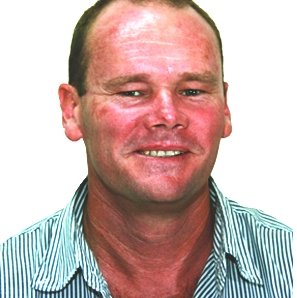 Integrated Aquaculture International has announced new additions to its team