Wild-caught U.S. shrimp may deliver up to 19 percent more of the recommended daily intake for vitamin B12 than some varieties of imported pond-raised shrimp according to Wild American Shrimp

A three-ounce serving of wild-caught U.S. shrimp may deliver up to 19 percent more of the recommended daily intake (RDI) for vitamin B12 than some varieties of imported pond-raised shrimp, the marketing organization for U.S. domestic, wild-caught shrimp claims. Wild American Shrimp (WASI) issued a press release citing the findings of a new 13-point nutritional study by ABC Research in Gainsville, Florida, USA.

The study investigated the nutritional profile of U.S. wild-caught pink, white and brown shrimp, and pond-raised Indonesian white, Thai white and Vietnamese tiger shrimp: while the amounts of B12 found in the Wild American pink, white and brown shrimp respectively exceeded the amounts found in each of the three imported pond-raised varieties, the Wild American brown shrimp provided the highest amount of the key nutrient with 38 percent RDI in a three-ounce serving.

The study also found statistically significant levels of other key nutrients to be higher in the Wild American Shrimp varieties, including iron, protein, Omega 3 and calcium, as well as several essential amino acids. "These findings are not only new and valuable to nutritionists, chefs and consumers, but also provide a clearly positive differentiation between wild-caught and the pond-raised shrimp varieties," said Dr. Marge Condrasky, R.D. and assistant professor for the Food Science and Human
Nutrition Department at Clemson University.

Beyond its high density of B12, other factors contribute to shrimp as a heart-beneficial food. "Shrimp are low in fat and rich in healthy fish oils so, on balance, they are a great food to include in a heart healthy diet," said Dr. David Heber, M.D. and director with UCLA's Center for Human Nutrition.

Over the last few years, Omega 3 has gained more attention, with the fatty acids now commonly added to foods to increase their nutritional density -- a term that essentially means the amount of vitamins and minerals compared to the number of calories. And, according to the American Heart Association, Omega 3 fatty acids benefit the hearts of health people and those who have cardiovascular disease.

"Americans consume more fatty acids from vegetable oils than seafood, and I really encourage people to try and balance both types in their diet," said Dr. Condraksy. "I recommend Americans strive for diets with 12 ounces of fish and shellfish a week for the omega-3-fatty acid benefit in a lean protein source."

Dr. Condrasky added: "As more people seek out foods with high nutrient density, conscious consumers will find shrimp, particularly the Wild American variety, to be a key powerhouse food to incorporate into their meals"

"We know anecdotally that all shrimp are not created equal," says Eddie Gordon, executive director of Wild American Shrimp (WASI). "Now we have the science that provides further empirical evidence that wild-caught shrimp have clear benefits when it
comes to taste, quality, and nutrition."

Earlier this year, WASI unveiled DNA-based testing for shrimp to ensure the authenticity of shrimp sold to consumers. In June, WASI released a Texas A&M research report that it said verified the taste of wild-caught shrimp is not only discernable from and better tasting than farmed shrimp, but also that no method exists for pond-raised product to effectively mimic the taste of wild-caught shrimp.

BC Salmon Farmers Faces Another Attack 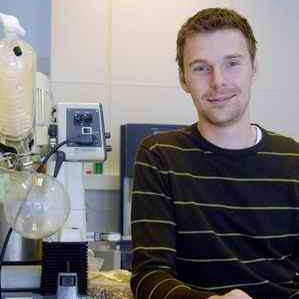